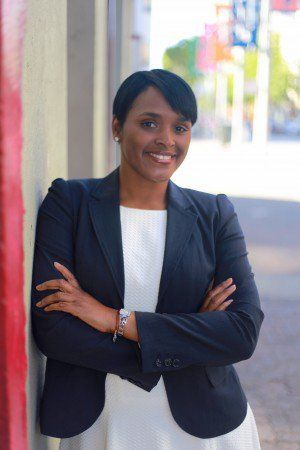 The tension between the progressive “Berniecrat” wing and the mainstream liberal wing of the California Democratic Party appears likely to resonate for years to come. That’s the clear takeaway from Bay Area political organizer’s Kimberly Ellis’ vow to keep contesting her narrow loss for state party chairman to Eric Bauman, a registered nurse who chairs the Los Angeles County Democratic Party and was deputy state chair before John Burton’s recent retirement as party leader.

At May’s state convention in Sacramento, Bauman won 51 percent to 49 percent over Ellis in what was initially expected[1] to be a landslide win. He had the support of most top Democrats and had built up relationships with key party figures for decades. But Ellis rallied fellow Bernie Sanders’ supporters [2]with her call to “redefine” the California Democratic Party as an ambitious agent of change.

After her defeat, Ellis immediately raised questions about illegal votes being counted and about election irregularities. Her concerns were borne out to some extent when a review by party officials found 355 suspect ballots – more than 11 percent of the nearly 3,000 ballots that were cast. But a weekend re-examination of the ballots and recount didn’t change[3] the results. Forty-seven ballots were tossed – 25 for Bauman and 22 for Ellis.

Party leaders – only starting with Bauman – hoped that Ellis would drop her complaints and offer a unity message. Instead, the Richmond activist is pursuing another appeal with party officials and is considering a lawsuit while blasting the state’s Democratic establishment and maintaining her “Vote for Kimberly” website[4].

Ellis said her quest to push her party to embrace an aggressive version of progressive politics led her to continue her challenge. “To turn away now would be a betrayal to my own sense of integrity and ethics,” she said Monday, according to a Los Angeles Times report[5].

Ellis’ renewed fight with the Democratic establishment comes in the wake of a roiling dispute over health care. In late June, Assembly Speaker Anthony Rendon, D-Paramount, drew the bitter ire[6] of the California Nurses Association and Berniecrats when he pulled the plug on a single-payer health care bill that appeared headed for passage – and an eventual veto by Gov. Jerry Brown. Rendon called the bill “woefully incomplete” because it didn’t specify how the $400 billion annual cost of a single-payer system would be covered.

Off the record, many Democrats used more colorful language to rip the bill, which was partly based on the assumption that the Trump administration and Republican-controlled Congress would give the state the equivalent of total federal spending on Californians’ health care to set up California-only single-payer. Defenders say it’s time Californians – and Americans – grasp that a broken health-care system needs replacing, not more tinkering.

The national media has taken notice of the infighting in America’s largest state. On July 10, Politico declared[7] a “civil war” was wracking California Democrats.

The article featured a warning from Brown: “Look, you can always go too far. Trump has obviously gone too far in one direction. It’s possible to go too far in the other direction.”

But it was also noteworthy for Rendon’s tart dismissal of his critics. He described the push for single-payer as “posturing,” not something that “can actually be implemented to help people.”