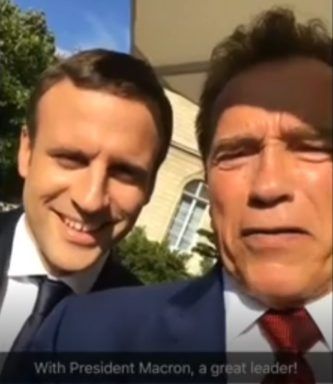 In 2011, after his seven-year run as governor, Arnold Schwarzenegger had plenty of reasons to worry about how his time in elected office might be remembered. It wasn’t just that he was widely viewed as an under-performing leader [1]who never lived up to his early promise as a brash outsider who would tackle unaddressed state problems. An ugly scandal broke in his final days in office, triggering a political firestorm[2], and an even more embarrassing scandal emerged soon afterward.

On his last night as governor, Schwarzenegger commuted the prison sentence of Esteban Nuñez – the son of former Assembly Speaker Fabian Nuñez, his friend and occasional political ally – from 16 years to 7 years for his manslaughter conviction[3] in the killing of a San Diego college student. Schwarzenegger initially characterized the sentence as extreme, given that the student died after being knifed by another man. But in an interview with Newsweek three months later, he said he commuted the sentence because “of course you help a friend.” The younger Nuñez is now a free man[4] as a result.

In May 2011, as his celebrity marriage to Maria Shriver collapsed amid intense gossip, Schwarzenegger admitted to fathering[5] a 13-year-old boy with Mildred Baena, long a maid at his Brentwood estate. The revelation triggered headlines around the world.

But six summers later, such harsh rebukes are hard to find. Instead, Schwarzenegger’s image has been resurrected to a considerable degree. His 2006 legacy play – shepherding Assembly Bill 32 to passage[7] to make a California a pioneer in targeting and reducing the greenhouse gases believed to help cause global warming – has paid immense dividends.

This was on display last week when Gov. Jerry Brown featured Schwarzenegger [8]at the signing ceremony for legislation extending the state’s cap-and-trade program for emissions that was established by AB32, with the men swapping praise for being leaders on what they called the world’s most pressing issue.

Last October, on the 10th anniversary of AB32’s signing, Schwarzenegger was also featured[9] at an event organized by the governor’s office.

This was nothing new for the Austrian-born movie star, who’s been feted around the world for his environmental leadership. The praise is usually unstinting, and doesn’t note interesting nuances about AB32’s actual record – starting with the fact that the main reason for declining emissions in California in recent years is not the landmark law but the increased use[10] of cheap, relatively clean natural gas, a fossil fuel of the sort the law targets. In 2015, Forbes said natural gas – not renewable energy – was “easily California’s most important source of energy.”

But now Schwarzenegger finds himself winning praise for another reason: His history offers an easy way for journalists to make the point that President Donald Trump doesn’t speak for all Republicans when he either questions whether climate change is real or opposes ameliorative efforts by the government to reduce its effects. A Nexis news database search shows major publications from Los Angeles to New York to London to Singapore have regularly made this point since Trump’s inauguration.

Schwarzenegger directly sought to promote this narrative with his late June visit to Paris[11] to meet with French President Emmanuel Macron and jointly criticize Trump for his decision to pull the U.S. out of the Paris climate accord signed by President Obama in December 2015. Schwarzenegger used social media – including the image shown above – to publicize his meeting with Macron.

“One man cannot destroy our progress,” said Schwarzenegger, who turned 70 on Sunday. “One man can’t stop our clean energy revolution. And one man can’t go back in time.” He laughed heartily at Macron’s mocking Trump[12] for not wanting to “make the planet great again.”

His new cause: redistricting reform

Now Schwarzenegger is trying to build on another of his accomplishments while governor. He led the successful push for Proposition 11 [13]in 2008 and Proposition 20 [14]in 2010 to assign redistricting duties for state and congressional districts to a nonpartisan commission and intends to lobby for similar reforms in other states. His official website declares[15] “let’s shine a light on gerrymandering,” which has been blamed for increasing partisanship and discouraging moderates of both parties by packing voters with similar views into uncompetitive districts.

Schwarzenegger “has a Terminate Gerrymandering Crowdpac that he’s pledged to match dollar-for-dollar,” Politico reported[16] last week. “He’ll be appearing at events, meeting with lawyers, having his team jump in to rewrite incomprehensible charts of the ‘efficiency gap’ and other technicalities ahead of Gill v. Whitford, the Wisconsin gerrymandering challenge that Justice Ruth Bader Ginsburg … called ‘the most important’ case of the Supreme Court’s next term.”