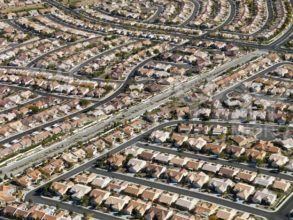 The first major votes on a raft of bills meant to address California’s housing crisis could come up for a vote Friday, with the Democrats who control the Legislature eager to demonstrate they know how much extreme housing costs are harming low- and middle-income families.

Gov. Jerry Brown has often been critical of plans to add new dollars to California’s traditional method of providing affordable housing – by building subsidized units that help a relatively small number of residents. He prefers to sharply streamline the housing approval process.

But after horse-trading this year with Democrats, Brown agreed to support two affordable housing initiatives, apparently in return for support for Senate Bill 35[1], a measure by state Sen. Scott Weiner, D-San Francisco. It would hasten approvals for new housing units in cities that aren’t creating the volume of units mandated under state law and make it significantly more difficult for local opponents to block construction.

Unlike Weiner’s measure, both the affordable housing initiatives require two-thirds support to win passage in the Legislature.

One of the measures – SB3[2] by Sen. Jim Beall, D-San Jose – appears to have sufficient support. It would put $4 billion in general obligation bonds before state voters next year to fund construction of affordable rental units and to fund “smart growth” projects near transit centers and other housing projects. It would also provide $1 billion to the state’s veteran home loan program, which the San Francisco Chronicle reported[3] would otherwise run out of money next summer.

The other affordable housing initiative – SB2[4] by Sen. Toni Atkins, D-San Diego – appears to be in trouble. It would add fees of $75 on some real-estate transactions to provide ongoing permanent funding for affordable housing, estimated at $250 million a year. The Los Angeles Times reported[5] that in a bid to boost support, Atkins had made changes this week to her bill to provide some of the funds it would generate to local governments. But it is unlikely to win any GOP votes in the Assembly, meaning all 54 Assembly Democrats would have to support it.

Many of the 54 have already voted this year to raise gasoline and diesel taxes and to approve a continuation of the state’s cap-and-trade emissions trading program, which also makes fuel more expensive. For those in swing districts, backing SB2 may seem risky.

“My concern is that it looks and smells like a tax,” Assemblyman Al Muratsuchi, D-Torrance, told the Times.

Weiner’s proposal reflects the Republican view that regulatory relief is the only way to build enough housing to stabilize rents and home prices. With two-bedroom apartments renting for more than $2,000 a month in most big cities – and double that in parts of the Bay Area and Silicon Valley – there’s a growing fear among California business executives that housing costs will drive off talented workers and make it difficult to recruit new ones.

But in recent days, a new GOP talking point has emerged that takes dead aim at the idea that Weiner’s bill would accomplish much. It notes that by requiring projects that win quick approvals to use “prevailing wages” – union-level pay – those projects would be far costlier than those built with non-union crews.

Earlier this year – in a fight over another bill before the Legislature seeking to require “prevailing wages” on construction projects – the Building Industry Association estimated the mandate would add $90,000[6] to the cost of building a 2,000-square-foot home in California.

State housing officials say California has added about 800,000 housing units over the past decade – 1 million less than needed.