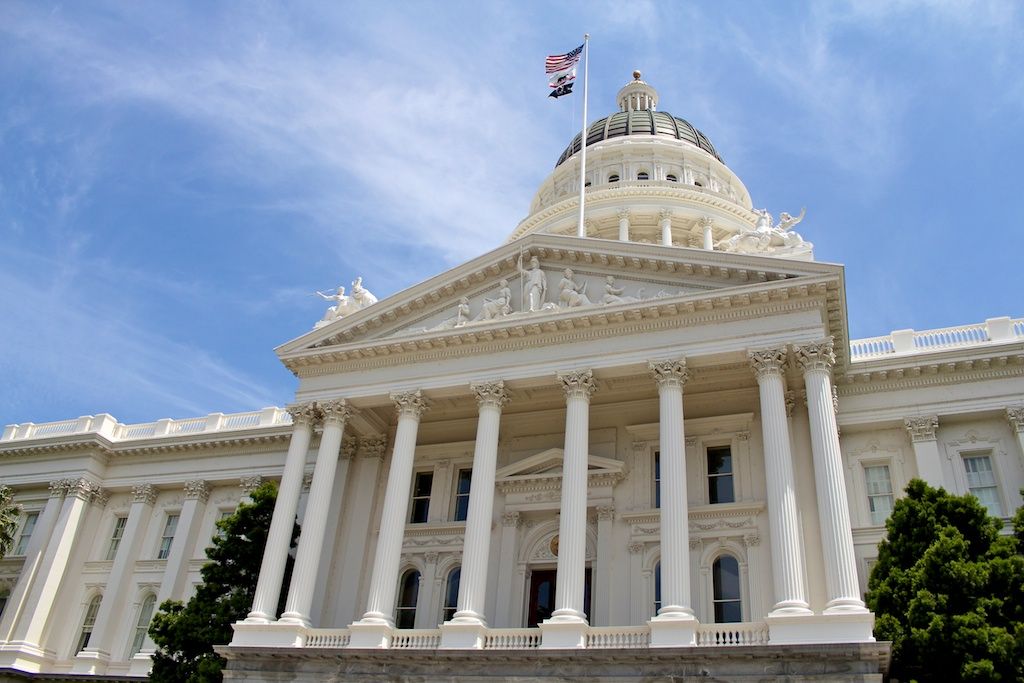 SACRAMENTO – California’s legislative session[1], which completed its work in the wee hours Saturday morning, was one of the more controversial ones in years, given the degree to which the Democratic majority was able to secure various tax and fee increases. It was also one of the more divisive recent sessions from a partisan standpoint.

The most significant measures passed long before the session’s deadline. In April, lawmakers passed a controversial 12-cents-a-gallon gas-tax increase[2] by a razor-thin margin. The law also increased vehicle-license fees. In July, they passed a 10-year extension of the state’s cap-and-trade program, with the help of several Republican legislators. The Legislative Analyst’s Office estimates the measure could increase gas prices as much as 63 cents a gallon by 2021.

But the final hours of the session were still filled with tension. The housing package[3] worked out between Gov. Jerry Brown and legislative leaders had stalled in the final days, but snuck past the finish line. The package includes three bills. One (Senate Bill 35) would streamline the approval process for high-density affordable housing projects, but requires contractors to pay union-based prevailing wage rates on those subsidized projects in return.

The other two parts of the deal have a bigger tax-and-spend element to them. SB2[4] imposes new fees of $75 to $225 on various real-estate transactions to help fund subsidized high-density housing projects. SB3 will place before voters on the November 2018 ballot a $3 billion state housing bond that likewise will fund the construction of low-income housing units.

The gas tax increase has sparked a GOP-led recall effort of Fullerton-area Democrat Josh Newman, mainly because of his vote to support the increase – and because he represents a GOP-heavy district. Democrats passed two bills this session to change the recall rules to help the embattled senator, but that issue is working its way through the courts. If Newman loses, Democrats would lose their supermajority in the Senate. Anti-tax activists also are gathering signatures for an initiative[5] that would repeal the new gas tax and license fees.

Nevertheless, some commentators were relieved that the session wasn’t worse, from a tax-hiking perspective. Joel Fox, editor of Fox and Hounds Daily, referred to this as a “tax-happy session,”[6] but noted the California Chamber of Commerce’s success in defeating nine so-called “job killer” bills that proposed some form of tax increase.

Some of these defeated tax proposals include[7]: A tax on contractors who do business with the California Department of Corrections and Rehabilitation; excise taxes on manufacturers, distributors and wholesalers of distilled beverages; an excise tax on distributors of sweetened soft drinks to fund a new health program; an increase in the personal income tax of 14.3 percent; a tax on opioid distributors; a new retail tax to fund affordable housing; expansion of the capital gains tax; and a measure to lower the vote threshold for local property tax increases.

California Democratic leaders spent a lot of time this session positioning themselves to resist the Donald Trump presidency. Many efforts involved little more than posturing and press conferences, but the Legislature passed three substantive bills that are designed to either affect the next presidential election or confront[8] the Trump administration over its controversial immigration policies.

For instance, the Legislature passed SB568, which moves up the state’s presidential primary[9]. It now occurs late in the primary process in June, but would move to March. That would make California the fifth state to vote for president in the 2020 election, provided other states don’t play leapfrog with their dates. California’s voters currently have little say in the presidential races because the nominees are fairly obvious by June.

“Winning big in California could help a Democrat clinch the nomination in the spring instead of the summer,” according to The Washington Post’s analysis[10]. That could help defeat Trump in the next election because “if you can wrap up the primary in the spring, you have more time to focus on taking out an incumbent president.” It could also help Los Angeles Mayor Eric Garcetti or Sen. Kamala Harris, D-Calif., both of whom are eyeing a presidential run.

The Post also pointed[11] to two other anti-Trump measures now on the governor’s desk. SB149 requires presidential candidates to disclose their tax returns to be eligible to run in the state’s primary election. That’s obviously aimed at Trump, who refused to release his returns in the 2016 race. Most controversially, lawmakers passed a “sanctuary state” bill (SB54) that forbids state and local authorities from cooperating with federal officials to deport illegal immigrants. That sets up a serious showdown with the administration, which has threatened to withhold federal funds from localities that embrace sanctuary status.

Finally, California’s politically powerful unions got many of their priorities through this year’s legislative session[12]. The most far-reaching measure, Assembly Bill 1513, would provide the names and personal information of home-care workers who work for private companies. That would enable unions to contact private-sector workers for organizing purposes.

The Legislature also passed [13]Senate Bill 63, which expands the state’s family leave law, applying it to companies with at least 20 employees. It also passed AB1461, which would require employees at some companies that provide meal-delivery services to get a “food-handlers’ card.” Similar to the home-care bill, unions would then have access to these workers’ private information for organizing purposes.

The Legislature passed some other workers’ rights bills. AB168 bans employers from asking for an applicant’s salary history. That was posited as a women’s rights issue, as backers claim that providing pay information makes it harder for women to receive higher pay scales. Another bill (AB1008[14]) would not allow employers to ask applicants about prior criminal convictions until a tentative job offer is made.

The Sacramento Bee noted[15] that not all labor-backed bills succeeded: “Heavy opposition from the dialysis industry blocked SB349, which would have set staffing levels for those clinics” and opposition from county governments blocked a bill (AB1250) that would have largely banned counties from contracting out many services. AB568 did pass, however. It requires school districts, charters and community colleges to provide six weeks of paid leave for pregnancy-related reasons.

Lawmakers didn’t shy away from hot-button social issues. SB179 provides a gender-neutral option called “non-binary” for driver’s licenses. And AB1209 “will require large companies to report their mean and median salary data by classification and gender to the Secretary of State, who will post the data online,” as the San Francisco Chronicle reported[16].

Critics complain the state didn’t deal with several pressing financial issues, ranging from California’s exploding unfunded pension liabilities[17] to reforming the California Environmental Quality Act, which is widely blamed for encouraging lawsuits that delay needed construction projects. The Legislature certainly didn’t control spending this year either, as it approved a budget that sets every manner of spending record.

The governor[18] has until Oct. 15 to make his decision on the bills that made it to his desk.