After Feinstein announces run for re-election, progressives push for a primary challenger 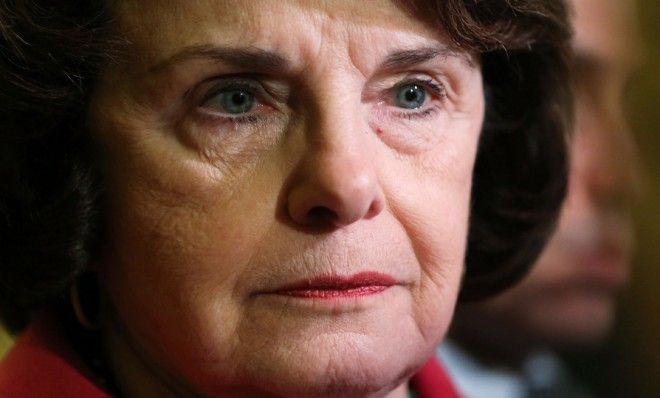 Just hours after U.S. Sen. Dianne Feinstein, D-Calif., announced she was running for re-election, progressives in the state called for a primary challenge to the long-serving Democrat.

“There are other voices in our state who are far more in touch with the values,” Khanna told Politico.

While Feinstein has been a fixture of California politics for decades, her softer tone toward President Trump and stances on issues like national security and encryption have caused her to lose favor with some in her party.
“She was totally out of touch when the whole debate happened on encryption,’’ Khanna added, according to Politico, referencing the dialogue that took place in the aftermath of the San Bernardino terror attack. “She didn’t even understand some of those issues.”

Furthermore, she faced jeers from a town hall crowd this summer after suggesting that President Trump could become a “good president” if he would “learn” and “change.”

“Look, this man is going to be president most likely for the rest of this term,” the senator said at San Francisco’s Commonwealth Club in August. “I just hope he has the ability to learn and to change and if he does he can be a good president. And that’s my hope.”

Following backlash, she was forced to clarify her remarks.

At 84, she is the oldest senator in the upper chamber and the top Democrat on the Senate Judiciary Committee.
As some reporters noted, the announcement is seen as bad news for L.A. Mayor Eric Garcetti and Senate President Pro Tem Kevin de León, who were viewed as likely candidates if Feinstein decided to retire. De León in particular is thought to have been eyeing the seat, as he’s termed out of the state Senate next year.

The talks about a primary challenger come as Democrats nationally have been looking to revamp their image with fresh faces and “new blood” after Hillary Clinton’s defeat last November.

“Her policies are completely out of touch with California Democrats, and we think she’d be more at home in a Republican primary,” Corbin Trent of the Justice Democrats told Vox, expressing support for a primary challenger.

With California positioning itself as the center of the so-called “Resistance” against the Trump agenda in Washington, the stage could be set for a challenge to Feinstein from the left. But with support from top Democrats in the state like U.S. Sen. Kamala Harris, along with a robust campaign infrastructure and strong name recognition, any effort to take her on will present a steep challenge.