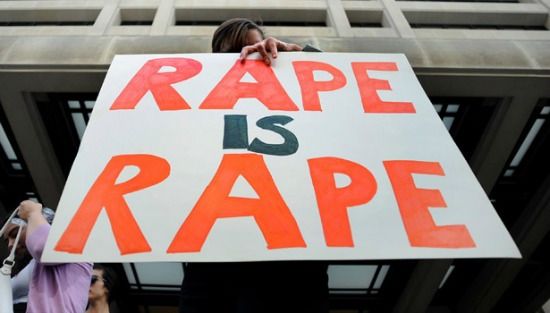 Gov. Jerry Brown’s signing of three bills[1] relating to rape kits – the physical evidence gathered from individuals in lengthy examinations after reports of sexual – was hailed by women’s rights groups as a major step forward in bringing justice to rape victims.

But will the laws actually lead law enforcement agencies to routinely test nearly every rape kit, as advocates want? That’s very much in doubt, given the long history of police chiefs’ and sheriffs’ resistance to the idea.

The three new laws do not require more testing.

AB41[2], by Assemblyman David Chiu, D-San Francisco, requires law enforcement agencies to regularly report how many untested kits they have to a state database.

The rape kit backlog – estimated at 13,500[5] currently in California and at 400,000[6] in the U.S. in 2015 – has been labeled a national disgrace[7] by sex assault support groups and by such journalists as[8] New York Times columnist Nicholas Kristof. They argue that the backlog results not just because of a lack of resources – rape kit tests cost about $1,500 – but due to officers’ skepticism[9] about rape allegations. This view is backed up by Michigan State University professor Rebecca Campbell’s research[10] project focusing on the Detroit Police Department, which found many officers believed victims were lying or were of questionable character.

Advocates of ending the backlog say it contributes to higher crime by leaving criminals free [11]to plague society. They cite the success police agencies which have cleaned up their backlogs have with “cold hits” of criminals already on file in the FBI’s CODIS (Combined DNA Index System) database. “Cold hits” have helped close the files on thousands of unsolved crimes[12].

But police agencies say officers do a better job dealing with sexaul assault victims than they may have in the past, thanks to a focus [13]on the issue by groups like the Police Executive Research Forum. They also argue that only testing rape kits in cases that have a chance of leading to convictions[14] makes sense – if the alleged victim won’t testify or identify a suspect, why use limited resources to continue investigating?

In 2014, at the request of the Legislature, California State Auditor Elaine Howle weighed in on the rape-kit testing debate, doing so with an audit [15]of three large law enforcement agencies. While her final report recommended that all rape kits generally be tested, it did not offer a definitive view of the value of such a policy.

“Even though kit analysis can aid investigations of sexual assaults, the extent to which analyzing more sexual assault evidence kits than are currently being analyzed would improve arrest and conviction rates is uncertain, and additional information is required to determine the true benefit and cost to California of such a policy change,” the audit noted.