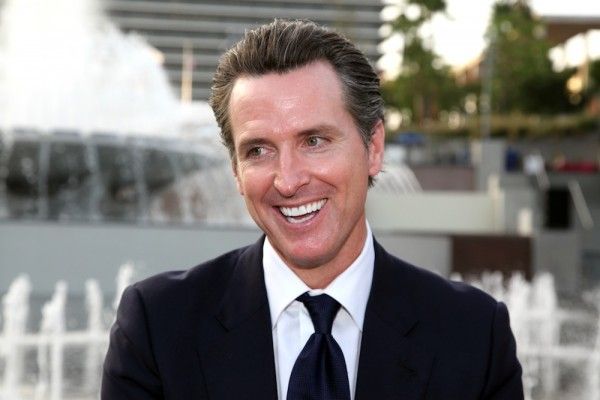 SACRAMENTO – If the past is any guide, California’s Legislature will declare its recently passed housing-affordability package[1] a success and move on to the many other priorities that dominate Capitol discussions once lawmakers return in January.

But the housing package – a spate of measures that increase funding for subsidized housing[2] programs and reduce regulations for building certain high-density projects – is unlikely to halt debate about housing policy as home prices remain high.

For instance, median home prices[3] in the Bay Area topped $740,000 last month and topped $700,000 in Orange County – breaking records and raising concerns about a new housing “bubble.” Statewide, median housing prices have topped $469,000, which is driving down homeownership rates and keeping the state’s cost-of-living-based poverty rates above 20 percent.

Virtually everyone, left and right, agrees that the state is facing a crisis. Candidates for the 2018 gubernatorial election, which is starting to heat up, are likely to make housing a core component of their campaigns. So far, Republican candidates John Cox[4], a San Diego-area businessman, and Assemblyman Travis Allen, a Huntington Beach conservative, have largely called for reducing housing regulations, but have not offered detailed plans.

Democrat John Chiang[5], currently the state treasurer, has touted his efforts to promote affordable housing programs. Former Los Angeles Mayor Antonio Villaraigosa[6] has focused on bringing back government-directed redevelopment-style low-income housing programs. The partisan approaches are not surprising – and not particularly detailed, at least not yet.

The big surprise so far is that Democratic candidate Gavin Newsom, the current lieutenant governor and leader in the major public-opinion polls, has released a fairly thorough housing blueprint[7]. It suggests that housing will be a top priority in his high-profile campaign – and his proposals embrace the main concepts touted by Democrats and Republicans alike.

“Simply put, we’re experiencing a housing affordability crisis, driven by a simple economic argument,” Newsom argued in a new post on the Medium web site. “California is leading the national recovery but it’s producing far more jobs than homes.” Here’s where the plan makes headlines[8]: He’s calling for the development of 3.5 million new housing units by 2025, which would mean a near quadrupling of the state’s annual housing production.

That’s not an unreasonable number. In the last dozen years, “California has only produced 308 housing units for every 1,000 new residents,” he explained. Given continued population growth, “it’s obvious we’re not on pace to meet that demand.”

Typical of a Democratic official, Newsom called for more funding for affordable housing, including support for the $4 billion housing bond that is going on the November 2018 ballot. It was part of the Legislature’s housing package. Newsom also called for increasing the state’s funding of affordable-housing tax credits from $85 million to $500 million.

Taking a similar line as Chiang and Villaraigosa, Newsom called for replacing local housing programs that had previously been funded through the state’s controversial redevelopment agencies, which were shut down by Gov. Jerry Brown during the 2011 budget act[9], as a means to help the state plug its then-gaping budget hole. The agencies had siphoned around 13 percent of the state’s general fund budget to subsidize economic-development projects including housing.

But the real news is Newsom’s focus on “regulatory reform and creating new financial incentives for local jurisdictions that produce housing while penalizing those that fall flat.” Under the old redevelopment system, cities did indeed subsidize low-income housing. But the tax-increment financing scheme, by which cities were incentivized to permit tax-generating retail complexes, led to the overall underdevelopment of housing projects, according to various state analyses.

Those problems still exist. “Cities have a perverse incentive not to build housing because retail generates more lucrative sales tax revenue,” Newsom wrote. “The bigger the box, the better, because cities can then use the sales tax for core public services.” He doesn’t offer many details, but Newsom wants to revamp the tax system to “financially reward cities that produce housing and punish those that fail.” He’s reviving the old debate about the “fiscalization of land use,”[10] but there’s little doubt that local incentives have a major impact on housing permits.

Echoing Gov. Brown, Newsom notes that solving the problem will take more than “throwing money” at it. He calls for “implementing regulatory reform and creating new financial incentives for local jurisdictions” – issues that will bolster conservatives who want to see more market-based housing.

Indeed, California builders have argued that they are more than capable of meeting the needs – if only government regulations and local land-use controls were loosened enough to enable them to build more. His plan will annoy conservatives, though, as he also calls for stronger tenant protections as the state streamlines the permitting process.

Most significantly, the Newsom plan – with its myriad details and mixture of elements from right, center and left – is sure to focus the early campaign[11] on this significant issue. An energized housing debate should warm the hearts of all Californians who are concerned that housing prices are soaring beyond the reach of most California families.

Steven Greenhut is a Sacramento-based writer. Write to him at [email protected]