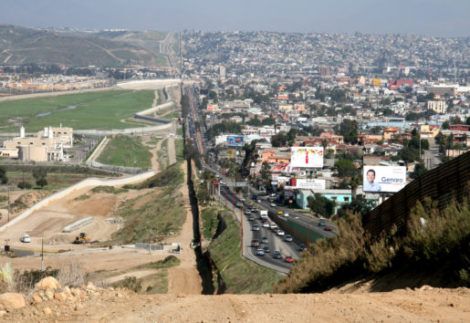 The Border Patrol has a hiring problem that’s particularly acute in southeastern California, according to a new Government Accountability Office report[1] that raises questions about whether the agency can fulfill President Donald Trump’s executive order in January to add 5,000 agents to crack down on illegal immigration.

Under a 2011 congressional edict, the Border Patrol is supposed to have 21,370 agents. But the GAO report says that as of May, the agency had 19,500 – and its ranks have gotten smaller each year since 2013. That’s because on average, more than 900 agents leave a year with only a little more than 500 being hired.

Of the nine Border Patrol sectors along the U.S.-Mexico border, El Centro in Imperial County had the second-highest percentage of unfilled agent positions. Authorized for 1,120 agents, it has only 888 – 79 percent. Only the Big Bend sector in remote west Texas has a bigger shortfall, with 640 agents authorized but only 495 on the job, or 77 percent.

The San Diego sector is authorized to have 2,484 agents but has only 2,262 agents. The 9 percent shortfall is about the same as the average for the nine sectors.

The GAO report attributed the hiring difficulties in general to two particular issues: competition with other law enforcement agencies for new hires and the frequency with which applicants failed lie-detector tests meant to discover if they have criminal histories. The tests were mandated by Congress in 2010 and have led to a 65 percent failure rate [2]among applicants, roughly double what is seen with other police agencies.

In the El Centro and Red Rock sectors, the GAO cited a third factor, saying geographical remoteness make it difficult to attract and retain officers.

The GAO report fits into a larger picture of law-enforcement agencies struggling with hiring shortages in California and across the nation.

“Departments are struggling to find not only interested, but interested and qualified, candidates to join the force,” Jim Burch, vice president of the Police Foundation, told NBC News[3] earlier this year. “With everything happening around policing from salary to criticism, the question many people are asking is ‘is it worth it?’”

Hiring standards may already be too low

But if the Border Patrol considers lowers hiring standards to speed up recruiting – a common tactic for employers with difficult-to-fill jobs – a new Cato Institute report[4] suggests hiring standards are already too low.

The CATO study suggested that the Border Patrol’s problems could be even worse than reported because of “disorganized and understaffed” internal affairs departments which have overlapping authority and a history of doing a poor job documenting misconduct. The study faulted the Bush administration officials who oversaw the transfer of the Border Patrol from the Immigration of Naturalization Service to the newly created Department of Homeland Security after the terrorist attacks of Sept. 11, 2001.