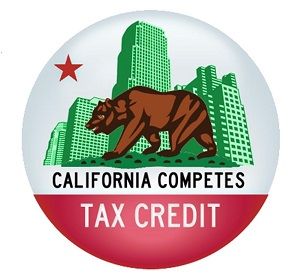 In February 2014, Gov. Jerry Brown’s administration unveiled an Economic Development Initiative to replace an enterprise zone program that had fallen out of favor after nearly three decades. Enterprise zones offered tax incentives to promote the starting of businesses in areas with high unemployment, but many analyses concluded they didn’t have a substantial positive effect. Now a centerpiece of Brown’s replacement initiative is offering up similar mixed-to-poor results.

The California Competes program[1] was initially billed as providing $180 million through the end of fiscal 2014-15 for tax credits to lure businesses to the Golden State or to keep them from leaving. As the Sacramento Bee reported at the time[2], emergency regulations were hastened into place to get the program up and running.

Panorea Avdis, the chief deputy director of the Governor’s Office of Business and Economic Development, justified the move in a memo obtained by the Bee: “This program must go into effect immediately to help minimize the migration of business to other states and to encourage growth and expansion in this state.”

Four and a half years later, the sense of urgency among Brown aides about getting California Competes started is hard to square with its disappointing results. A recent Legislative Analyst’s Office report[3] offered many criticisms:

– Slightly more than a third of awarded credits – 35 percent – went to companies that primarily competed with other California businesses, meaning the credits create no additional economic activity, lead to an unfair competitive advantage for firms getting the credits and consume state resources that could have been use for constructive purposes.

– There were no metrics to judge the effectiveness of the remaining 65 percent of credits, which went to companies that sold goods or services both in California and out.

– The size of the hiring and investment commitments the companies made per $100,000 of tax credits has declined steadily in recent years, reflecting a lack of enthusiasm about the value of the credits.

– The interest in the program had waned among small businesses, which had 25 percent of available annual tax credits set aside for their use. The LAO noted that in the last fiscal year – 2016-17 – only 49 percent of the credits were awarded, or about $30 million.

“The executive branch has made a good-faith effort to implement California Competes, but the problems described above are largely unavoidable,” the LAO wrote. “We recommend that the Legislature end California Competes. In general, broad‑based tax relief – for all businesses – is preferable to targeted tax incentives.”

Because the program loses its authority to grant tax credits at the end of fiscal 2017-18, the LAO report may shape the Legislature’s and the Brown administration’s decision on what to do about California Competes. The LAO says if the program is retained, its eligibility rules should be tightened up and other provisions should be revised to make it more likely the credits go to companies facing competition from rival firms in other states.

But at least until Amazon makes its decision on where to locate its second North American headquarters, the LAO’s call to shut down California Competes is unlikely to be heeded. In October, some $200 million over five years in California Competes funding was listed as the single biggest incentive[4] to get Amazon to build its second home in California – topping the long list of tax and regulatory incentives that the Brown administration offered Amazon as enticements.

If California Competes is eventually shuttered, some state politicians are likely to strengthen their calls for the full revival of another economic development program shut down at Gov. Brown’s behest[5] – redevelopment. In theory, redevelopment takes a portion of incoming local government revenue and directs it to projects with the promise to improve the local economy or to provide needed facilities.

Critics of redevelopment say it has a long history[6] of being used for crony capitalism in California and that the diverted revenue often goes to cover routine City Hall expenses. But former Los Angeles Mayor Antonio Villaraigosa has made reviving redevelopment a key focus of his 2018 gubernatorial campaign, arguing that it is essential to building more affordable housing[7] and responding to California’s housing crisis.