CA House GOPers gain concessions in federal tax bill – but are they enough? 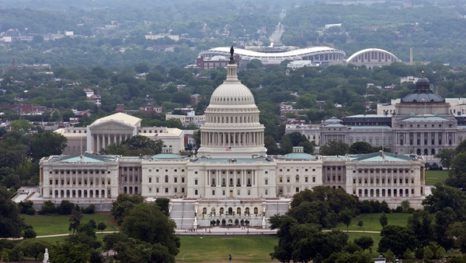 A Republican congressional conference committee wrapped up work[1] Wednesday on a massive tax overhaul bill that would cut taxes by $1.5 trillion over 10 years and includes several concessions designed to win support from the 28 GOP House members from the high-tax states of California, New York and New Jersey.

Twelve of the 13 GOP no votes on the House tax plan came from the three states, with three from the Golden State: Dana Rohrabacher of Costa Mesa, Darrell Issa of Vista, and Tom McClintock of Elk Grove. There were fears of more defections because both the House and Senate plans would only allow tax filers to take up to a $10,000 deduction in property taxes, only a little more than half the average $18,000-plus deduction in California. The House plan would also only allow deduction of mortgage interest on up to $500,000 on a home loan, down from the present $1 million.

But a compromise was reached allowing individual filers to take a deduction of up to $10,000 on any combination of combined income, property and sales taxes. The allowable deduction of mortgage interest on a home loan rose to $750,000.

To cover the revenue lost because of the changes, the 20 percent corporate tax rate approved in both the House and Senate bills rose to 21 percent – still down sharply from the present 35 percent.

It is not clear whether the concessions would stem defections from GOPers representing high-tax stakes. The House bill passed 227-205 last month, meaning Speaker Paul Ryan doesn’t have many extra votes to spare.

Two New York Republican House members – Peter King and Dan Donovan – were rebuffed in their bid to retain the present complete deductibility of state and local taxes for families earning less than $400,000 per year and to gradually phase out the deduction for higher-income earners in coming years.

Rep. Lee Zeldin, R-New York, was one of the few on-the-fence lawmakers to offer immediate comment on the compromise.

“Many middle-income taxpayers … were promised a tax cut and won’t being seeing the tax relief that they’re expecting,” he told[2] the Los Angeles Times.

Two tax proposals that drew withering fire[3] from California Democrats and higher education leaders, including UC President Janet Napolitano, were scrapped. One would have eliminated the deduction for interest on student loans and the other would have classified graduate-school tuition waivers as taxable income.

But changes to the tax code that California Democrats and advocates for the poor say will ravage construction of affordable housing appear on track for adoption. The changes make low-income housing tax credits that businesses use to reduce their tax liability less attractive. The credits have defrayed the cost of 40 percent[4] of some major housing projects in Northern California, according to a Bay Area News Group report last week.

“All the work that we did this year, the hard work of advocates working for years, if not decades on this, could be wiped out overnight if Donald Trump and his Republican allies are successful in passing the so-called tax reform,” Assemblyman David Chiu, D-San Francisco, told a BANG reporter.

Chiu is chairman of the Assembly’s Housing & Community Development Committee.