The good news for California affordable housing advocates is that a bond/tax credit program that they rely on is part of the far-reaching Republican tax bill to be voted on by Congress this week after it had been targeted for elimination by the House GOP. The bad news is that the cut in the corporate income tax from 35 percent to 21 percent that’s a key feature of the bill makes the program less attractive to corporations.

The program uses what are called “private activity bonds.” The tax-exempt bonds allow corporations to borrow at the low interest rates available to local governments while providing them a 4 percent tax credit to limit their tax exposure. 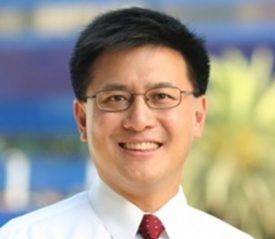 State Treasurer John Chiang (pictured) was the leading California critic of House Republicans’ move to end the bonds. In November, he told Bond Buyer if they were successful, it would “throw gasoline on the housing shortage” in the Golden State.

While the cut in the corporate tax rate and other pending tax code changes give companies less of an incentive to buy private activity bonds to shield income, the bonds and related tax credits are also made available to developers when they are required to build affordable housing as a condition of approval for other, market-rate housing projects.

That leverage – attaching conditions to project approvals – would have remained had the private activity bonds and related tax credits been scrapped. But affordable housing advocates see the incentives as valuable sweeteners in cutting deals with developers.

Other changes in the tax bill may end up having the most significant effect on California housing. The National Association of Realtors expects home values to decline by 10 percent or more in high-cost states for two reasons: Because the final version of the GOP bill reduces the deductibility of mortgage interest from the first $1 million of a newly purchased home’s value to the first $750,000 and because it caps the amount of local and state taxes that can be deducted from income for federal tax filers at $10,000. The Realtors group, which opposes the tax bill, said Americans have been well-served by the tax incentives.