New Year welcomes legal pot in California, but rules are not yet clear 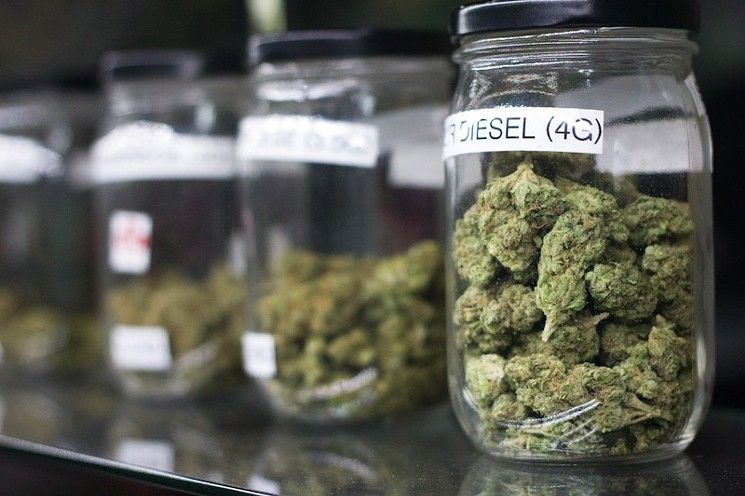 SACRAMENTO – In November, 2016, California voters approved an initiative (Proposition 64[1]) legalizing recreational uses of marijuana, with legal sales beginning on Monday, Jan. 1. But with all major legal changes, the rules are somewhat unclear as a mish-mash of state and local regulations work their way through the system. It will take some time before the parameters of the new marijuana regimen are widely understood in California – one of seven states[2] (plus the District of Columbia) that now allows its widespread sale and purchase.

Under current law[3], the possession of small amounts of marijuana (less than one ounce) is punishable only by a fine, whereas those who grow or sell marijuana can face stiff criminal penalties, according to an analysis from the California Secretary of State. In 1996, California voters approved Proposition 215[4], which legalized medical uses of marijuana for people of all ages who receive a doctor’s recommendation.

Beginning in 2003, the state legalized nonprofit groups known as collectives that are allowed to grow and sell marijuana to their members. Under recently passed laws, those collectives will be phased out and replaced with state-licensed medical-marijuana businesses. Meanwhile, local governments often strictly regulate or ban medical-marijuana businesses. And the federal government[5] still considers marijuana a “Section I” drug, which means that federal enforcement agencies still claim the right to crack down on any sales. Indeed, U.S. Attorney General Jeff Sessions has reportedly[6] been eyeing a crackdown on states that allow recreational sales.

Against that backdrop, California’s Prop. 64[7] legalizes the use of marijuana, for any reason, for adults only, creates a complex state system for regulating nonmedical marijuana businesses, imposes a wide array of taxes on marijuana and changes the penalties for marijuana crimes, notes that Secretary of State analysis[8]. Specifically, adults may possess around an ounce of pot, smoke it in their own home or private business, give some of it away and may grow up to six plants in their own residence.

Six state agencies – including a relatively new Bureau of Medical Cannabis Regulation – will regulate different aspects of the marijuana pipeline (sales, testing, transportation, growing). The industry will be required to pay a state tax on growing marijuana and a state retail excise tax plus any local sales taxes. Localities are free to tax, regulate and even ban recreational marijuana sales. Because of federal restrictions, marijuana businesses may not have bank accounts – an unresolved issue[9] as the state steps up its tax-collection requirements.

The arguments over the measure’s plusses and minuses are largely over[10], but it will take a while before everyone is clear on what’s allowed and what isn’t in any particular jurisdiction. There’s broad agreement on some basics: No smoking marijuana in public, adults only, and it’s OK to possess small amounts of weed. But it will take some time for Californians serving prison sentences for marijuana-related offenses to petition the court to have those convictions tossed out.

And it will take some time for cities and the state cannabis agency to approve the first round of stores that sell recreational products. Chalk it up to bureaucratic morass, perhaps. “Los Angeles and San Francisco are among many municipalities that won’t have their licenses ready by the time marijuana sales become legal on New Year’s Day,” according to Fortune[11]. The magazine notes that the state has issued 69 licenses for medical marijuana clinics, which must receive new state approvals under the new law. But it only has issued 44 licenses for nonmedical stores. Per the article, Sacramento, San Diego and Berkeley have approved licenses for stores in their cities, but consumers in San Francisco and Los Angeles and other cities will have no place to legally shop for weed as of the new year.

And National Public Radio reports[12] that the local pot scene will vary greatly. The League of California Cities told the news service that “communities are all over the map when it comes to dealing with recreational marijuana. Some allow cultivation but not retail. Others will allow delivery but no storefronts.” It will take time for all of that to play out.

There’s still a debate over the process of legally growing marijuana for recreational users. Small growers for the medical-marijuana market[13] are worried that Proposition 64 will allow big, corporate farms to take over the emerging recreational market. In fact, many pro-pot activists had actually opposed[14] the legalization initiative out of concern over what it would mean for small businesses and fears that the new regulatory system would be too heavy-handed.

There are other gray areas. A CNBC article[15] explores what it will mean for Californians who attempt to catch a flight across the state. “That is a conundrum for the state’s airports, which are locally owned and operated but are subject to federal law, under which marijuana is an illegal substance. Areas beyond security checkpoints are under federal control,” it reported. A Los Angeles airline security official is quoted saying that this will be a gray area.

Furthermore, the state still is trying to figure out how to combat driving under the influence. As the “Pathways Report”[16] from the state’s Blue Ribbon Commission on Marijuana Policy[17] acknowledged, marijuana stays in a user’s system for several weeks. That’s long after the high has gone away. Police agencies need to determine if someone is driving stoned without slapping fines on a driver who may have smoked a joint a week ago. Of course, that’s an issue whether or not marijuana is legalized.

Of course, marijuana use has long been a gray area in California. Even many supporters of Prop. 215, the medical-marijuana law, admit that the ensuing medical marketplace has been fraught with gray areas and enforcement questions. It took nearly two decades after its passage before the Legislature passed a thorough set of medical-marijuana regulations[18]. And they did so largely because of the coming recreational market. Officials viewed the new medical marijuana rules as the foundation for regulating recreational-marijuana sales.

Many observers fear that if state and local governments don’t quickly get pot shops licensed that the black market[19] will continue to flourish, which would defeat the main reason for legalizing the drug in the first place. Supporters of the legalization initiative had argued that in the current black market there’s no one regulating the product’s safety, or overseeing environmental aspects of large-scale marijuana grows or assuring that weed isn’t sold to minors.

The bottom line is pot smokers shouldn’t expect marijuana to be available at many legal stores on January 1 – and it will take many months before the state government, police agencies and localities are working from the same page. The voters may have spoken clearly, but it’s not as easy for government bureaucracies to get their act together.