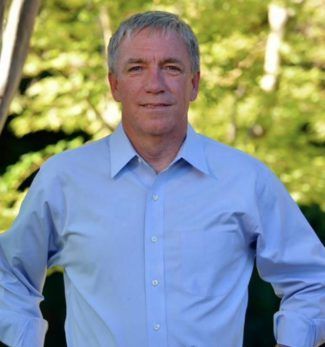 Since 1998, Republican candidates for governor in California have gotten 38 percent, 42 percent, 56 percent, 41 percent and 40 percent in the general election. Will that figure be 0 percent in this November’s race?

That is the consensus of state pundits and analysts with former Sacramento Rep. Doug Ose becoming the third GOP candidate seeking to replace termed-out Gov. Jerry Brown, joining Huntington Beach Assemblyman Travis Allen and Rancho Santa Fe businessman John Cox. Unless one of the three Republicans breaks out as the strong favorite of the expected 40 percent GOP share of June primary voters, there is a good chance that the November election will pit Lt. Gov. Gavin Newsom against former Los Angeles Mayor Antonio Villaraigosa – two Democrats.

“It gets very hard to do the math to find some scenario where a Republican gets enough votes to slip into the runoff,” Paul Mitchell, vice president of Political Data, told the San Francisco Chronicle[1]. “It’s a math problem. It makes a Dem-on-Dem race more likely if you continue to split the Republican vote.”

“I think Doug Ose’s heart is in the right place … but he further dilutes the field,” Bill Whalen, a fellow at Stanford’s Hoover Institution, told the Los Angeles Times[2]. “If all the Republicans stay in, it’s mutually assured destruction.”

Ose told the Chronicle that the state GOP establishment privately hailed his decision to join the race. Like Ose, Cox is a wealthy businessman who can self-fund his campaign if necessary. But Cox has never held office. Allen, meanwhile, has little name recognition and has struggled to raise funds.

Allen hammers Cox for not voting for Trump in 2016

Cox is launching a statewide radio ad campaign this week targeting Newsom for high state taxes. Allen, meanwhile, is bidding to become the breakout GOP candidate by emphasizing his leadership of one attempt to overturn the unpopular gas tax hike approved by the Legislature last year and his support for President Donald Trump.

In their first debate on Jan. 4 in Mentone – before Ose joined the race – Allen slammed Cox over and over for voting for Libertarian candidate Gary Johnson in the 2016 presidential election.

“If you didn’t vote for the Republican nominee for president in 2016, you supported Hillary Clinton,” Allen said[4], according to an L.A. Times account. “If you’re not voting for Trump, you’re voting for crooked Hillary.”

Cox has said he shunned Trump in 2016 not because of Trump’s various controversies that campaign season but because of his history of voting for Democrats. Cox expresses regret for backing Johnson and says he is now a Trump admirer. Ose has been a consistent supporter of Trump.

Polls suggest the U.S. Senate race in November will have only Democratic candidates as well. With no high-profile GOP candidate yet in the picture and hedge fund billionaire Tom Steyer deciding against running, incumbent Dianne Feinstein seems poised for a November showdown with Senate President Kevin de León.