Airbnb clear to operate in San Francisco after compromise, but more fights loom 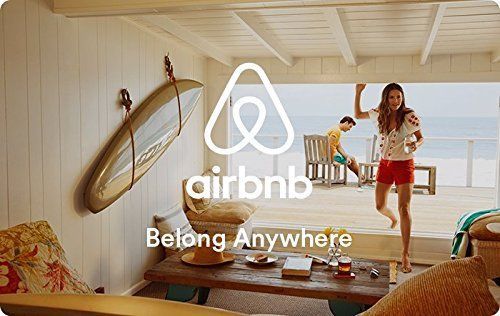 The issue of short-term vacation rentals continues to roil California cities large and small, but a major compromise in San Francisco agreed to by Airbnb and HomeAway has ended for now the fighting in the city that has the third most home-sharing[1] in the Golden State.

As of Jan. 16, all such rentals in San Francisco had to be registered with the city[2], with permits paid for and transient occupancy taxes regularly paid. Online rental platforms that didn’t sign the settlement will face criminal penalties as well as fines up to $1,000 day if they rent out homes, condos or apartments which didn’t comply with the standards accepted by Airbnb and HomeAway.

Hotels, timeshares, bed-and-breakfasts and homes rented for 30 days or more are not affected.

At least temporarily, the compromise has put a dent in Airbnb business in San Francisco, city officials told the Chronicle[3]. Given that the city is rejecting more than a quarter of applications for various reasons, Airbnb might never have as many listings as its peak number in the unregulated era. Homeowners who only rent infrequently may consider the $250 registration fee too high and the bureaucratic hassles too many.

The compromise was finalized last year after a long court battle that began when the home-share companies sued in U.S. District Court over a restrictive city law that was eventually upheld.

Airbnb – which was founded in San Francisco in 2008 and remains headquartered there – faces further battles across California.

Recently, it won another federal court case, this time in Los Angeles. It involved a lawsuit filed by Aimco, one of America’s biggest landlords, which owns apartment buildings in 24 California communities[4] from the Bay Area to San Diego, as well as throughout the U.S.

Aimco wanted Airbnb to take responsibility for making sure its tenants didn’t use Airbnb, which is a violation of Aimco’s standard lease. On Dec. 29, the U.S. District Court ruled for Airbnb[5].

Aimco, a Denver-based corporation, denounced the ruling as a violation of its privacy rights. But it has not yet made clear whether it will appeal the ruling.

While Airbnb has secured a deal in San Francisco, officials in the two largest markets  [6]– Los Angeles and San Diego – have been trying to come up with a consensus for years. Both cities have laws on the books that essentially forbid short-term rentals in most neighborhoods but have only rarely been enforced.

The Los Angeles City Council in October held a public hearing [7]on a proposal to impose relatively strict limits on its 23,000 short-term rentals – in particular a requirement that only the home’s primary owner could list a home, not investors who have proliferated in recent years because of Airbnb and similar companies. But a council committee decided to continue looking at the issue after complaints the rules were either too strong or too weak. There was also criticism of a provision to ban renters of rent-controlled apartments from using platforms like Airbnb.

The San Diego City Council in December couldn’t find a fifth vote[8] on the nine-member board for either a tough ordinance that Airbnb homeowners depicted as potentially devastating or a measure that would have added some limits and used ramped-up city enforcement to target “party houses” that disrupt beach neighborhoods. The city has an estimated 9,000 short-term rentals.