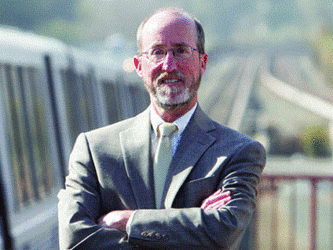 State Sen. Steve Glazer, D-Orinda, and 16 co-sponsors have introduced legislation that sounds like a bold move to address the high cost of housing. Glazer’s Senate Bill 1182[1] would double the state tax credit for renters. But that turns out to only mean a maximum annual savings of $240.

One-bedroom apartments routinely go for $1,700 or more per month in most metropolitan areas and the average home sale is above $500,000 in most of Southern California and over $1 million in the Bay Area. Glazer’s credit would mean that joint filers paying the average rent go from spending $20,160 in a year to spending $19,920 – a 1.2 percent savings. Individual filers paying the average rent would drop from $20,280 a year to $20,160 – a 0.6 percent savings. The percentage savings on a typical mortgage would be much lower.

In his news release[2] announcing the legislation, Glazer noted attempts by the Legislature on many fronts to make it easier to build more housing, starting with streamlining regulations and giving qualified projects guaranteed approvals. He said these efforts could take years before they began helping Californians.

“None of those measures directed relief to the monthly budgets of struggling renters,” Glazer said. “The renter’s tax credit does.”

There are other restrictions on eligibility for the renters’ tax credit besides income caps, the Franchise Tax Board’s website notes[3]. They include:

– Tax filers need to have paid rent for at least six months for shelter that served as their principal residence.

– The rented property was not on a parcel exempt from state property tax.

– The property was not shared for more than six months with a parent or a guardian or any individual who could claim the tax filer as a dependent.

– The tax filer was not a minor living with a legal guardian, parent or foster parent.

Glazer, 60, a former political and development consultant and aide to Gov. Jerry Brown, won a May 2015 special election to fill the final 19 months of Mark DeSaulnier’s state Senate seat after DeSaulnier was elected to Congress in 2014. He won a full four-year term in 2016.