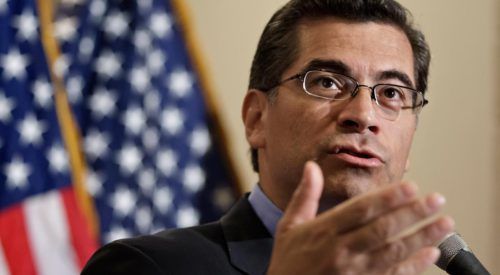 Last week could be remembered as a turning point for California criminal justice as state Attorney General Xavier Becerra joined the movement[1] to radically change the Golden State’s bail system, which charges by far the highest average bail in the United States.

Becerra did so with his announcement that he would not challenge a state appellate court ruling that ordered a new bail hearing for a retired shipyard worker in San Francisco who had been held in jail for more than eight months, unable to raise $350,000 bail. Kenneth Humphrey was accused of threatening a neighbor and stealing from his apartment.

The appellate panel held it was unacceptable to set bail so high for a defendant who appeared to not be a public threat. Becerra agreed with the finding and going forward essentially encouraged public defenders to routinely challenge bail they found unjust by saying his office would no longer defend heavy bail or bail that was imposed by local judges without a consideration of flight and safety risks or bail alternatives.

The state’s harsh bail practices were the target of legislation meant to end the “money” bail system[2] that Sen. Bob Hertzberg, D-Los Angeles, and Assemblyman Rob Bonta, D-Alameda, introduced in late 2016. Senate Bill 10 would have in many cases eliminated bail, based on assessments of the accused’s flight risk and danger to the public. It also would have directed judges to consider the ability of accused individuals to raise bail.

The Hertzberg-Bonta initiative was in response to complaints from civil rights groups that heavy bail destroyed lives by costing the accused their jobs or their ability to attend school and preventing them from becoming productive individuals. More than half of those in county jails in California are there because of an inability to make bail, not any convictions.

The measure made some progress last year until it was abruptly pulled on Aug. 25 with an announcement[3] from Gov. Jerry Brown that he and state Chief Justice Tani Cantil-Sakauye would work with Hertzberg and Bonta to fine-tune their measure before bringing it back to the Legislature this year.

“I believe that inequities exist in California’s bail system and I look forward to working this fall on ways to reform the system in a cost-effective and fair manner, considering public safety as well as the rights of the accused,” the governor said in a statement.

Brown is looking to carve out a late-career legacy on criminal justice reform, playing a key role in the adoption in 2016 of Proposition 57[4], which makes it easier for those accused of nonviolent and some violent crimes to win parole. Crime experts have long pointed out[5] that crime is largely a young man’s game[6] and that nations with relatively few prisoners in their 40s or 50s are at least as safe as the United States.

But the strength of the case for bail reform so far is somewhat murkier in the United States. While some local governments report success – notably[7] in New Orleans – a bold bail reform law that took effect on Jan. 1, 2017, in New Jersey at the behest of then-Gov. Chris Christie has proven controversial[8]. It uses algorithmic tools to determine whether cash bail should be assessed.

While the new law is credited with reducing New Jersey’s jail population 19 percent in its first five months, one of the algorithm’s decisions didn’t work out. The tool recommended the release last April of a Bridgeton, New Jersey, man named Jules Black, 30, after he had been arrested on suspicion of being a felon in illegal possession of a firearm. Days later, Black allegedly killed[9] Christian Rodgers, 26, a neighborhood adversary, after shooting at him 22 times.

Rodgers’ mother, June, is suing Christie, the inventor of the bail assessment tool and others, seeking wrongful death damages and an injunction preventing further use of the bail algorithm.