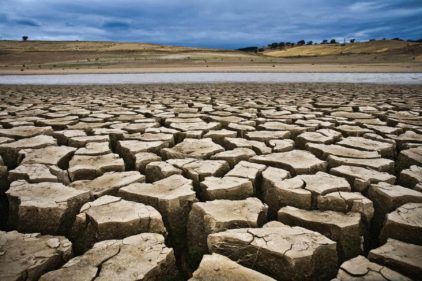 Californians confronted with a bone-dry winter have to wonder if Gov. Jerry Brown and other state officials acted precipitously in April 2017 in declaring[1] an end to the Golden State’s five-year drought. But there’s an even more ominous question to contemplate as well: Is the severe long-term “mega-drought” that some climate scientists predict for the American Southwest already under way?

The drought second-guessing comes amid a near-record dry January and February. While most of the focus on the return of the drought has been on Southern California, downtown San Francisco and downtown Sacramento have also gotten close to negligible[2] precipitation this year.

Californians depend on the Sierra snowpack for significant amounts of water supply when it melts in spring and early summer. While overall conditions aren’t as dire as at the peak of the 2012-2017 state drought, some data are daunting. The Los Angeles Times reported[3] Friday that water in the Lake Tahoe region snowpack is one-fifth the average level seen in late February. Strikingly, at the Fallen Leaf measuring station at the 6,242-foot-level, the Times reported there was no snowpack at all.

There was better news elsewhere. The National Weather Service told the Times that the snowpack at the Heavenly Valley site at the 8,534-foot elevation was nearly half of normal. The Hetch Hetchy reservoir in the Yosemite Valley was at 79 percent of capacity earlier this month, water officials said.

Still, the overall picture was troubling enough that state leaders are being urged to make permanent the unprecedented mandatory conservation rules ordered[4] by the governor in 2015 and partly suspended in 2017. In an editorial last week, the San Francisco Chronicle called[5] for “strict 25 percent conservation orders for cities and towns, along with a long list of prohibitions for ordinary citizens and businesses.”

The skirmishing over conservation policies and second-guessing over whether it was premature to call the drought over last year are dominating the headlines for now. But some climate scientists warn that this short-term focus is questionable. They note that just as global warming has changed the basic weather patterns in Alaska by thawing the permafrost[6] normally seen year-round in much of state, the American Southwest could face a harsh new default long-term weather pattern. On science websites, there’s a debate over whether the “mega-drought” that a February 2015 NASA study[7] warned about has already begun.

According to Ben Cook, climate scientist at NASA’s Goddard Institute for Space Studies and the study’s lead author, “Natural droughts like the 1930s Dust Bowl and the current drought in the Southwest have historically lasted maybe a decade or a little less. … What these results are saying is we’re going to get a drought similar to those events, but it is probably going to last at least 30 to 35 years.”

Cook put the current chances of the Southwest facing a drought that lasted more than 30 years at 12 percent.

Felix Kogan and Wei Guo of the National Oceanic and Atmospheric Administration, in a paper published[8] in August 2015, argued that the dry weather seen in the Southwest from 2006-2015 already fit the definition of a “mega-drought.” The claim was based on how dry, hot conditions had created unusually heavy “vegetation stress[9]” – the negative effects that severe climate conditions can have on a plant’s metabolism, growth or development.

“Among Western states, California was the most severely drought-affected, especially in 2014, when areas of stronger than moderate vegetation stress reached 70 percent,” Kogan and Guo wrote.

Last week, meeting in Sacramento, members of the state Water Resources Control Board put off for the time being a decision on whether to make the old drought conservation rules permanent.

But the move looks inevitable. Water board chairwoman Felicia Marcus said at the meeting that such restrictions are “the least we should do,” according to an Associated Press report[10].