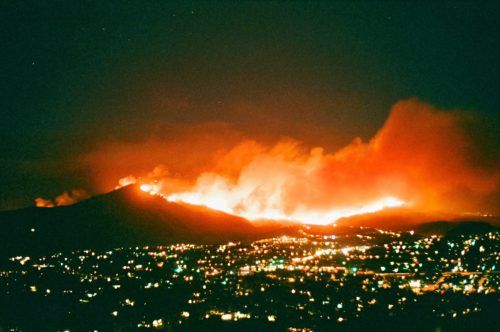 California’s three giant investor-owned utilities haven’t given up on hopes that state leaders and regulators may give their shareholders the financial protection they want in an era of frequent massive wildfires[1] linked to climate change – and their hopes don’t seem as dim as they used to be.

In late November, the California Public Utilities Commission issued [2]what syndicated columnist Thomas Elias called [3]“perhaps its most consumer-friendly decision in several decades.” Affirming staff recommendations made in August, the CPUC board unanimously rejected a bid by San Diego Gas & Electric to pass along $379 million in unrecovered costs stemming from three blazes in 2007 that ravaged San Diego’s northeast suburbs, the city of Poway and unincorporated county areas, torching over 1,300 homes. The CPUC board noted that two independent investigations had concluded the fires were SDG&E’s fault because of poor maintenance practices in high-risk fire areas, and that utility shareholders – not ratepayers – should pay the bill.

But as the bureaucratic decision-making process played out in the San Diego case, the CPUC’s decision in the matter came to have immense importance to Pacific Gas & Electric because of what happened in its own back yard – the brutal October 2017 Wine Country wildfires (pictured). The cost of those Northern California blazes – about $10 billion – dwarfs the cost of San Diego County’s 2007 fires. PG&E’s liability exposure is also expected to be much higher than SDG&E’s – likely in the billions of dollars, according to reports that have regularly blamed[4] PG&E wildfire management practices for the conflagrations, which left more than 40 dead[5].

PG&E, SDG&E and Southern California Edison officials see the CPUC ruling as a potential existential threat in a hotter, drier era and weren’t ready to let it stand as the final word. This led to what seemed like a long-shot January appeal[6] by the three utilities seeking a new CPUC hearing for SDG&E’s bid for $379 million in relief.

It may not be as long a shot any longer. Gov. Jerry Brown issued a pronouncement March 13 mostly devoted to new efforts to minimize wildfire risk. But its passing reference to the governor’s interest in new legislation that would “update liability rules[7] and regulations for utility services in light of changing climate” conditions caught the eye of Wall Street, at least.

Ultimately, the question of whether the utilities will get help from the California Legislature and the CPUC seems certain to become a huge political football. The governor has long been seen as close to the three utilities, vetoing reform bills[10] related to recent scandals that have easily passed the Assembly and Senate in recent years.

But Brown is termed out and in his final eight-plus months on the job. With California Democratic politics seeming to have entered an intensely populist phase[11], leading candidates to replace Brown such as Lt. Gov. Gavin Newsom and former Los Angeles Mayor Antonio Villaraigosa may hesitate to back rule changes that can be depicted as insulating the utilities from the costs of their poor practices in addressing wildfire risks.

Several state legislators are determined to head off[12] any lessening of utilities’ liabilities for their mistakes. In January, Sen. Jerry Hill, D-San Mateo, and seven co-sponsors in the Senate and Assembly introduced Senate Bill 819[13]. Hill called it an “outrage” that state utilities wanted to make their customers pay for damages that “result from negligent practices.”

An April 17 hearing[14] has been scheduled for the legislation.