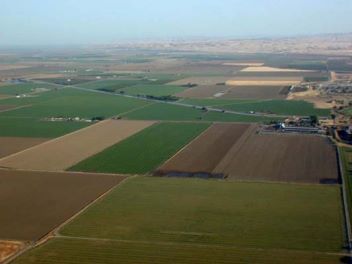 California’s massive agriculture industry is China’s top initial target as Beijing responds to the Trump administration’s vow earlier this month to slap tariffs[1] on some $50 billion of Chinese steel and aluminium imports.

In an announcement over the weekend, Chinese trade officials said California’s nuts, fruit and wine were among 128 U.S. imports that would face a new 15 percent tariff upon reaching Chinese shores. The total annual value of the imports is about $3 billion, according to a San Francisco Chronicle report[2], suggesting that for now Beijing is not eager to escalate[3] its trade dispute with Washington over alleged Chinese steel and aluminum dumping on the international market and theft of U.S. intellectual property.

After Canada and the European Union, China is the third biggest international customer for Golden State agriculture, importing more than $2 billion worth in 2016, according to an official state report. That’s around 10 percent of California’s total of $21 billion in international agricultural exports in 2016. Pistachios, plums, oranges and almonds were the state’s most popular products with Chinese consumers.

Even before the formal Chinese announcement of retaliatory tariffs, many observers were wary of how California could be buffeted by a U.S-China trade war.

“We could be in a really nasty trade spat, and we’ve seen that agriculture is usually a big target. … We are greatly concerned,” a California Farm Bureau Federation official told the Los Angeles Times[4] in a March 2 story. A UC Davis economist interviewed by the Times voiced similar concerns, noting California agriculture is more dependent on international sales than other large agricultural states.

But in Kern County, according to a Bakersfield Californian report[5], anxiety was tempered by a sense among some farmers that it was time someone stood up to the unfair trade practices they said they dealt with in the Chinese and South Korean markets.

It’s nothing new for California agricultural interests to be early targets in trade disputes, including with nominal U.S. trade allies like Canada and Mexico. Because food has a limited shelf life, tariffs can take a relatively quick toll on a targeted nation. Tariffs on familiar consumer products like wine or grapes can also grab headlines in ways that tariffs on machine parts probably can’t. Analysts say that’s why the next target of China after California – at least if Beijing’s trade dispute with the Trump administration escalates – is likely to be pork products[6] from Midwestern states. There would also be a political factor in such a move – these states often swing from party to party and Donald Trump is likely to need some or most to gain re-election in 2020.

But there’s a third view evident in Golden State reaction to China’s tariffs beyond alarm and the belief that some attempt to confront Beijing over its trade practices is necessary. That’s the view that this fight might fizzle out.

In an analysis [7]posted by the Times over the weekend, Richard Matoian, executive director of the California-heavy American Pistachio Growers, said, “From what we’ve seen, the Trump administration can be very unpredictable. … There’s still a month yet before any tariff would take effect, so there’s going to be a lot of political posturing.”