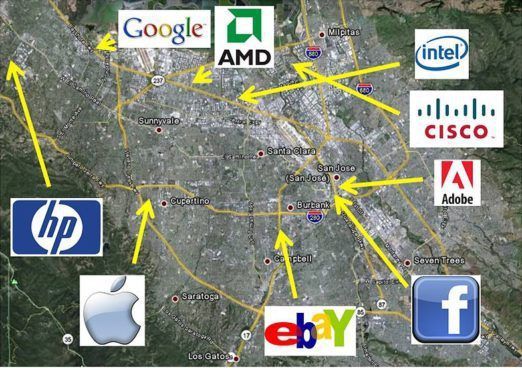 A new report on U.S. census data reinforces fears among Silicon Valley watchers that the world’s tech capital will struggle to maintain its prominence as it tries to attract and retain workers despite extremely high housing costs.

The Wall Street Journal report [1]found that from July 2016 to July 2017, nearly 24,000 more people moved out of the San Francisco-Oakland-Hayward metropolitan area than moved in from the rest of California and the United States. This is only a tiny fraction of the 4.7 million people who live in the region, but the exodus is nearly twice the size of what was seen in 2015-16. And as the Journal noted, it wasn’t long ago – in 2013-14 – that net U.S. migration in the area was plus 15,000.

The recent population declines came as Silicon Valley and the Bay Area experienced heavy growth. Normally such economic booms create so many well-paying jobs that it overcomes housing scarcity issues. That’s what has happened in North Dakota[2] because of the fracking boom, but it’s no longer the case in Northern California.

This issue is why the San Jose-based Silicon Valley Leadership Group in February released a report [3]that said the region was unlikely to continue to lead the U.S. in creating tech jobs without a big change in the housing status quo. If an infusion of new units didn’t happen, the report warned that $3,000-a-month rents and $2 million tabs for tract homes would become a daunting long-term obstacle for the region – not just because of the difficulty of competing for workers with other tech hubs like Seattle, Boston and Austin but because Silicon Valley would be unable to attract workers for regular jobs like teachers, police officers and grocery clerks. Housing prices were estimated to be twice as high in Silicon Valley as in Seattle and Boston and four times as high as in Austin.

‘It’s surprising how long the party has continued’

An official with the Silicon Valley Leadership Group was among those interviewed by the Journal. “In some ways, given house prices, it’s surprising how long the party has continued,” Brian Brennan said. Not only is it “hard to get the best talent outside of this region to come here and stay here,” he said, but Silicon Valley’s cost of living may be “driving out all those people who don’t have those kind of skills.”

The Silicon Valley Leadership Group’s data bears out the region’s weak record on adding housing. While there was a 29 percent increase in payroll jobs from 2010 to 2016 in the region, housing stock only increased by 4 percent. While it is difficult to pin how much of an increase in “extreme commuting”[4] – 90 minutes or more each way – that Silicon Valley is seeing, it’s estimated that average commutes were nearly 20 percent longer in 2016 than in 2010, and have likely gotten worse since 2016.

Census Bureau data released in recent weeks also showed the contrast between Silicon Valley and other parts of California.

While Southern California also has a housing crisis caused by high costs and scarcity, its population grew from July 2016 to July 2017 – particularly in two counties. Riverside County added 37,000 residents and San Bernardino added 20,000 residents, both among the higher gains of any U.S. county.

In the more populated counties of Los Angeles and Orange, residents increased about 13,000 each – a much lower percentage of growth than seen in the Inland Empire.

A recent Los Angeles News Group review [5]of population forecasts from another source – the California Department of Finance – included predictions that may surprise residents who think that Los Angeles County and Orange County will be “built out” and unable to grow more before too long.