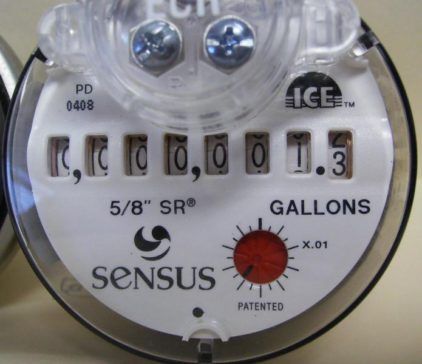 A proposal to add new fees to water bills to help pay for improvements to water systems in rural areas with tainted supplies is back before the Legislature, and this time it has the support of the Brown administration.

Last year, activists sought to build support for the concept of a new levy on water after reports came out that at least 300 communities[1] in California had water supplies that were at least as unsafe as those in Flint, Michigan – a city that has gotten national attention for years for its lead-tainted water. Most of the communities were in Central Valley farm areas.

State Sen. Bill Monning, D-Monterey, used the “gut-and-amend” approach to rework SB623[2] from a bill more generally about improving water quality into a measure that added a maximum 95-cent fee to the monthly bills of all but poor water customers, among other provisions. But the amended bill never advanced.

This year, a similar fee proposal was included in Brown’s 2018-19 budget bill. The fee could go higher than 95 cents per month for some residential users, depending on meter size. Businesses would also have to pay fees that could go as high as $10 a month for heavy industrial and commercial users. The task of collecting the fees would be assigned to the State Water Resources Control Board,

Under Brown’s budget, the state Department of Food and Agriculture would also collect fees from companies that produce and use fertilizer and from dairy operations. The Sacramento Bee reported[3] last month the fees were justified by the Brown administration on the grounds that fertilizer and manure runoff were to blame for significant groundwater pollution.

A 2016 study[4] from the UC Davis Agriculture Sustainability Institute found that nitrogen pollution from synthetic fertilizers had already contaminated state aquifers to such an extent that a clean-up effort would take decades – even if use of the fertilizers was immediately banned.

The Association of California Water Agencies, which has more than 400 member agencies[5] that deliver about 90 percent of the state’s water, opposes the Brown administration’s proposal, which it calls a “water tax.”[6] Its website argues that the 300 communities with dangerous water supplies can have their infrastructure repaired using existing funding sources.

There is no widely agreed-on estimate of how much money such repairs would cost. A private consulting firm estimated the annual tab would be about $140 million, the Legislative Analyst’s Office reported last month. But the LAO questioned whether the numbers could be trusted. If the estimate is right, that means the repairs would cost a little more than one-tenth of 1 percent of the state’s current $125 billion general fund budget.

But the Brown budget proposal has also quickly rounded up supporters who declare that it is unconscionable that the 300 communities – which have an estimated 1 million residents – have to deal with “Third World conditions.”

That was how state Sen. Ed Hernandez, D-Azusa, characterized the matter in an interview[7] last month with the Sacramento Bee. Hernandez visited some of affected communities last year and found that it was common for residents to spend as much as 10 percent of their earnings on buying clean water.