Assembly speaker’s defense of accused harasser could haunt him 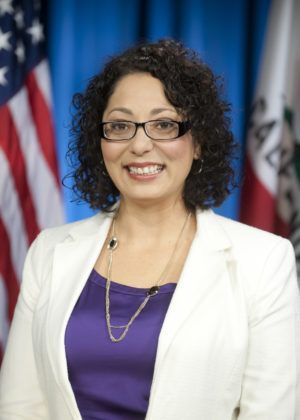 With six months to go until the gubernatorial election and the beginning of a new era in California politics, state lawmakers are prepping for one last round of pitched fights with Gov. Jerry Brown – who has for years defined Sacramento politics with his successful opposition to progressive forces’ push for new and expanded state government programs.

The stakes are particularly high for Assembly Speaker Anthony Rendon, D-Paramount, who has already gotten on the bad side of the “Bernie-crats” who may soon dominate the Capitol. Last year, he shelved[1] Senate Bill 562 – a Senate-backed measure that would commit California to single-payer health care without a blueprint on how to overcome cost and legal obstacles – saying it was much too incomplete to approve.

Now, however, Rendon has decided to assert his bona fides on another foundational issue for progressives – fighting global warming – in a way that eventually could put him at odds with another progressive cause: the #MeToo anti-sexual harassment campaign.

Rendon’s maneuvering relates to Assemblywoman Cristina Garcia (pictured), D-Bell Gardens, who was an outspoken leader of the Capitol’s #MeToo movement[2] after allegations emerged against several lawmakers last fall. In early February – after the Legislature passed an unprecedented whistleblower-protection measure to help root out lawmakers responsible for sexual harassment – Garcia was celebrated as a hero in the Associated Press story[3] about the law’s enactment.

But within days, Garcia – a single, 40-year-old former high school teacher – found herself accused of groping[4] a former aide, Daniel Fierro, who is now a Los Angeles County political consultant. Garcia denied the allegations and is now taking unpaid leave while she is the subject of a formal investigation by the Assembly Rules Committee.

Yet her headaches have only intensified in recent weeks due to two new allegations[5]. The first asserted that in 2014 she used homophobic insults to describe then-Assembly Speaker John Perez. The second, made by Perez, was that he had formally admonished her for saying in a closed Assembly Democratic Caucus meeting that she wanted to “punch the next Asian person” she encountered over Asian-American lawmakers’ opposition to efforts to overturn the 1996 state law banning affirmative action in college admissions.

Now, however, Rendon is coming to Garcia’s defense against efforts by other Democrats and Democratic allies to unseat Garcia in her bid for a fourth term in the June primary – with the speaker citing her history as a defender of the state’s cap-and-trade[6] program against more business-friendly lawmakers.

On April 20, the State Building & Construction Trades Council of California opened an independent expenditure committee targeting Garcia after twice having previously endorsed her. The labor group’s beef with Garcia stemmed from her support last year of cap-and-trade and other pollution control programs; construction unions are much closer to oil-and-gas interests than other factions in the California Democratic coalition. Two credible challengers to Garcia have emerged – Commerce Councilman Ivan Altamirano and Bell Gardens Councilman Pedro Aceituno.

Rendon responded as if setting up the committee was an attack on him. According to a Sacramento Bee report[7], he called the targeting of Garcia “a thinly veiled attempt by Big Oil and polluters to intimidate me and my members” and “an affront to my speakership.” The Assembly speaker also vowed to “vigorously defend the members of our caucus from any ill-advised political attack.”

But a spokeswoman for the independent expenditure committee backing Garcia’s defeat told the Bee that no one should buy any characterization of Garcia as a victim.
“It wasn’t politics that forced her to do the things of which she’s been accused,” said Erin Lehane.

Rendon’s decision to defend Garcia could grow even more problematic if the Rules Committee returns with a report corroborating the harassment allegations against her. At that point, even Garcia’s close allies in the Sacramento #MeToo movement may be inclined to cut her loose. There is no firm timetable for when that report will be released.