Four with shot at advancing in lieutenant governor’s race

If Lt. Gov. Gavin Newsom – the favorite in Tuesday’s gubernatorial primary – goes on to win the general election, that means former lieutenant governors will have won three of the last six governor’s races.

But this track record of advancement doesn’t impress prominent California politicians. The 11 candidates to succeed Newsom in Tuesday’s primary are arguably as obscure as any collection of candidates for an open statewide office in the 21st century.

Three candidates have each won support of key elements in the Democratic coalition, and one Republican hopeful has also stood out. But since the state’s major independent pollsters have skipped the race, it’s difficult to know what to expect Tuesday. Based on money raised as of campaign spending reports published[1] May 13, here’s a look at the major candidates in order of those who had the most resources. 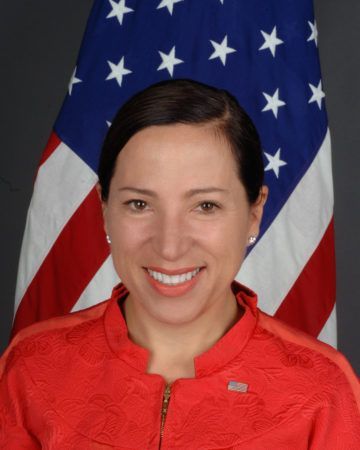 Sacramento Democrat Eleni Kounalakis, 52, had raised $4.5 million, at least $2.5 million of it her own money; a Sunday Sacramento Bee story reported[2] the updated sum is actually $4.2 million. She is a developer who served as U.S. ambassador to Hungary under the Obama administration, having been sworn in by Secretary of State Hillary Clinton in 2010. Kounalakis, pictured, who would be the first woman lieutenant governor, has emphasized[3] her housing background as giving her insights into addressing California’s housing crisis, and also focuses on reducing income inequality.

Kounalakis is counting[4] on Clinton’s 2016 network of fundraisers and supporters to help her make the final two in November. This network includes her father, wealthy Sacramento developer Angelo Tsakopoulos, a prolific Clinton fundraiser who has given nearly $5 million to a nominally independent expenditure committee formed by the California Medical Association that has touted her candidacy. U.S. Sen. Kamala Harris, D-San Francisco, another Clinton backer, is all aboard.

State Sen. Ed Hernandez, 60, an Azusa Democrat and optometrist backed by labor, has raised $2.8 million. One of the reasons the CMA supports Kounalakis is its distaste for Hernandez’s efforts to allow medical professionals, including optometrists, to offer care that can now only be provided by those with traditional medical degrees. But it is unclear how Hernandez would have more means to advance such legislation as a lieutenant governor than in the Legislature.

Hernandez says if elected, he would push a broader health agenda[5], emphasizing the need to give access to care to 3 million state residents who now are shut out. Of the private polling that had been done by mid-May, Hernandez reportedly had the lead going into the final weeks of the primary campaign.

Piedmont Democrat Jeff Bleich, 56, an attorney who served in the Obama White House as a special counsel; as U.S. ambassador to Australia; and as chair of the California State University Board of Trustees; had raised $2 million. Bleich has emphasized[6] policy goals of reforming higher education and improving environmental protections.

Like his two Democratic rivals, Bleich has support from key party factions, including environmental groups such as the Sierra Club and various LGBT organizations. The former president of the California State Bar also has state trial lawyers in his corner, as well as Rep. Adam Schiff, the Burbank Democrat who has become a national figure because of his high-profile opposition to President Donald Trump.

The most viable Republican on the ballot, Pasadena international import-export businessman Cole Harris, had $1.9 million in campaign funds at last report, nearly all from his own checkbook. Harris has the state GOP’s endorsement[7] and was the first[8] lieutenant governor candidate to run TV ads in the important Los Angeles metro market. But he has done relatively little retail campaigning, and his bare-bones campaign website[9] offers few policy specifics beyond support for the Trump administration and border security and opposition to socialized health care.

Harris’ endorsement from the state GOP might be enough to carry him to the November runoff. But it is unclear if he is ready to self-fund a statewide general election race, and most California Republican insiders expect GOP donors to care more about preserving seven endangered U.S. House seats [10]in the Golden State than any other California campaigns.