The voters of Santa Clara County have spoken, and the judge who in 2016 gave a light sentence of six months in jail to a Stanford swimmer convicted of three counts of felony sexual assault was recalled[1] last week. But to a degree not captured in most news coverage of efforts to oust Superior Court Judge Aaron Persky, the campaign against him has created a divide between two powerful cultural-political movements. 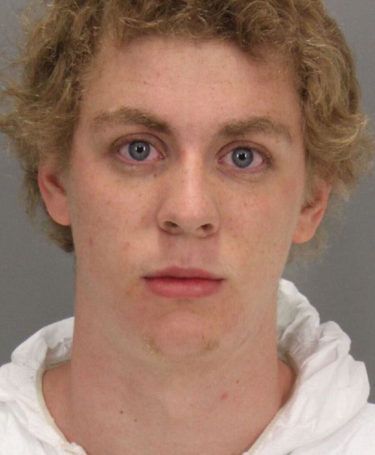 Leading the push for the rare recall of a state judge was Stanford law professor Michele Dauber[2], whose daughter was a childhood friend of swimmer Brock Turner’s victim, a Stanford student who has not been named by news organizations which withhold the identities of sexual assault victims. Dauber and her supporters have depicted the light sentence as examples of both societal indifference to sexual violence and of white privilege; Turner (pictured) is from a wealthy Indiana family. In a series of interviews with sympathetic journalists, Dauber depicted a vote for the recall as a chance for Santa Clara County voters to show they stood firmly[3] with the Me Too movement dedicated to fighting sexual harassment and even worse behavior by men.

But Dauber’s campaign went firmly against a central tenet of the criminal justice reform movement. It holds that harsh sentencing laws approved in the high-crime 1980s and early 1990s have destroyed the salvageable lives[4] of hundreds of thousands of young people – especially African-American and Latino men. This explains the campus dynamic at Stanford detailed in a lengthy Huffington Post story by Julie Ioffe published[5] June 1. While Turner’s victim is universally receives deep sympathy, the report showed Dauber has become an unpopular figure with many of her fellow law school faculty.

“Twenty-nine Stanford law professors have signed a letter against the recall,” the Post reported. “Robert Weisberg, who teaches criminal law and describes himself as a progressive feminist, grew visibly angry when he spoke about Dauber. The recall, he argued, was ‘a gratuitous and vindictive campaign’ and ‘an exploitation of the Me Too movement.’”

Further fueling the local backlash against Dauber: Persky’s outstanding reputation among public defenders who have appeared before him.

“My clients are all indigent and most of them are nonwhite,” Barbara Muller told the Post. “I have never seen him treat my clients differently than those clients who can afford private attorneys.”

A second public defender, Gary Goodman, made an even more sweeping case in Persky’s defense. He said California sentencing guidelines called for leniency for young defendants like Turner –  “a 19-year-old with no criminal record.” And in a claim substantiated by The Associated Press[6], Goodman said Persky’s sentence for Turner came at the behest of another wing of the Santa Clara County legal system: the probation department.

While Persky’s recall was celebrated[7] by feminists nationally, recall critics are now going beyond the specifics of the Persky case to emphasize the danger of incentivizing judges to throw the book at defendants.

“What will happen when the rest of California’s elected judges, worried about mob scrutiny, decide that lenient sentencing is a one-way path to joblessness and begin to sentence even more harshly? The people most affected by that calculation won’t be the ones who look like Turner. They’ll be those who most often fall victim to harsh sentencing overall – minorities and the poor,” wrote[8] Christina Emba, a Washington Post opinion columnist and editor.

But in an interview with the San Jose Mercury-News that was published[9] Sunday, Dauber depicted criticism she faced not as principled but as part of a sexist backlash to women fighting for fair treatment. “I welcome their hate,” she told the newspaper. “I read it as a sign we’re being effective.”

The Mercury-News asked Dauber about the fears of Emba and others that the recall would end up haunting young minority men who come before judges who fear losing their jobs. She dismissed that idea as reflecting an “incredibly dim view of judicial integrity.”