Why UCLA could face Harvard-type backlash over Asian admissions 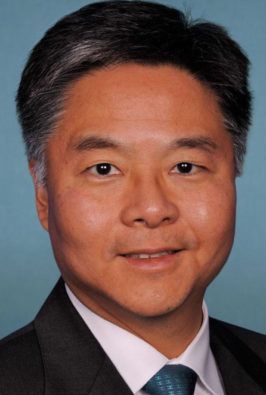 The firestorm over a recent New York Times story[1] – about the low rankings that Harvard admissions officials consistently gave thousands of Asian-American applicants for personality, likability, courage, kindness and how respected they were – caught the eye of California politicians. Rep. Ted Lieu (pictured), D-Torrance, last month used Twitter to blast[2] the report as reflecting Harvard’s intent to artificially suppress the number of its Asian-American students.

The revelations came via the discovery phase of a lawsuit targeting Harvard for allegedly having de facto quotas meant to limit Asian-Americans to about 20 percent of incoming freshman classes – a percentage that has held relatively firm for decades. Internal documents appeared to confirm that low marks for alleged personality traits reduced how many Asian-Americans would have been accepted by about half. Several other Ivy League schools have also been accused of similar practices.

University of California campuses wouldn’t seem likely to face such potential headaches. Proposition 209, passed in 1996, bans the use of race as a consideration in college admissions and other state government functions. Some of UC’s most elite campuses – at Berkeley, Irvine and San Diego – have student bodies that are more than 40 percent Asian-American.

But when it comes to UCLA, where 32 percent of students are Asian-American, according to collegedata.com[3], the school could face embarrassment if its internal admissions processes were exposed by a lawsuit as happened with Harvard. That’s because there’s a long paper trail showing UCLA employed the same sort of subjective evaluations of applicants as Harvard.

In 2006, responding to disappointingly low enrollment numbers for African-Americans, UCLA officials adopted[4] a “holistic” approach that they said represented the “most dramatic” changes in admissions in years – an approach they explicitly compared to those seen in Ivy League schools. This approach looked not just at grades and test scores but at life circumstances.

But even as the change was introduced, Ward Conerly – the African-American former UC regent who championed Proposition 209 – ridiculed the idea that the policy would be “fairer” to all groups, as acting Chancellor Norman Abrams then said.

Two years later, UCLA political science professor Tim Groseclose resigned from the university’s undergraduate admissions committee, alleging[5] it had become obvious that UCLA was using the latitude provided by subjective assessments of applicants to favor African-Americans over others. Groseclose challenged UCLA’s assertion that it was using socioeconomic backgrounds – not race – in evaluating what obstacles that applicants had overcome. He noted that after the UCLA policy change, admissions of students from Vietnamese-American families – among the poorer subsets of Asian-Americans – had actually fallen.

In defending its “holistic” approach, UCLA officials have pushed back, then and now, saying critics had agendas and were cherry-picking statistics.

But in April 2014, soon after leaving UCLA for George Mason University, Groseclose published[6] “Cheating: An Insider’s Report on the Use of Race in Admissions at UCLA.” It cited internal documents that showed that an applicant from a wealthy African-American family had a likelihood of admission that was “almost double that of a poor Asian, even when the two applicants have identical grades, SAT scores and other factors.”

The book was published amid intense debate in the California Legislature over Senate Constitutional Amendment 5[7], which would have asked state voters to repeal part of Proposition 209 to allow for race to be considered in college admissions. It passed the state Senate in January 2014, with Lieu – then a state senator – among the yes votes[8].

But the constitutional amendment was never voted on in the Assembly. By May 2014, it had been scrapped[9] after an intense backlash from Chinese-Americans who believed it would suppress Asian-American enrollment in UC’s most elite campuses.

The backlash was strongly criticized[10] by the Asian American Legal Defense and Education Fund, which urged a continuation of traditional Asian-American support for affirmative-action-type programs. But then-Rosemead Councilwoman Polly Low, a leader of the Chinese American Elected Officials Association, told[11] the Los Angeles Times that many in the local Chinese community were incensed with SCA5. “I have never seen so many people so mad,” she said.