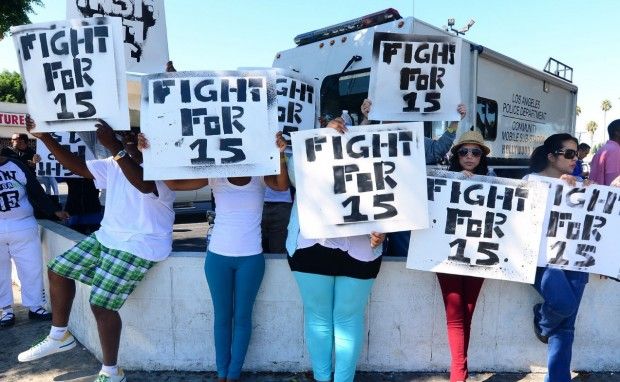 San Francisco this week enacted its $15 minimum wage, making it the first major U.S. city to mandate a $15 wage floor for all businesses.

“Those who say we have to choose between economic growth and fair pay are wrong,” City Administrator Naomi Kelly said in a statement. “We in San Francisco have proven that these elements aren’t exclusive of each other and, in fact, they compliment each other.”

And while “Fight for 15” advocates are cheering the move, the increase does little to address the cost of living concerns in the Bay Area, a region which continues to see a heavy exodus to neighboring states.

For example, a recent analysis by the National Low Income Housing Coalition found that someone would have to work around 160 hours per week at $15 per hour to be able to afford an average 2 bedroom apartment in San Francisco.

Furthermore, the income level for a family of four to qualify to low income assistance is now over $117,000 in the region, according to findings from the U.S. Department of Housing and Urban Development.

Across all of California, the median rent for a one-bedroom apartment is $1,750 and a two-bedroom averages $2,110. Average home prices in the state have surpassed $500,000 – and in places like Santa Clara County it’s well over $1 million.

Additionally, experts are noting that the wage hike may actually hurt low-wage workers, arguing that such an increase comes with trade-offs for poor residents. While the hourly wage may increase, it’s also likely to force businesses to cut prices – and possibly the hours of their workers.