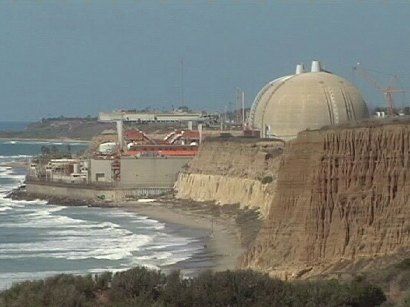 One of the more embarrassing scandals in the history of the California Public Utilities Commission appears to have finally concluded with a settlement on how to pay for the costs of shuttering the broken San Onofre nuclear plant – one that’s far friendlier to ratepayers and far harder on shareholders than the original deal.

First opened[1] in 1968, the San Onofre plant was long one of most heavily relied on sources of electricity for both Southern California Edison, which owns nearly 80 percent of the plant, and San Diego Gas & Electric, which owns 20 percent. But severe problems with relatively new Mitsubishi steam generators caused a series of radiation leaks in 2011 that led to the plant being shut down soon after and closed for good in 2013.

In 2014, the California Public Utilities Commission decided that about 70 percent[2] of the $4.7 billion cost of San Onofre’s closure should be borne by Edison and SDG&E ratepayers – $3.3 billion. The decision angered some activists because of the view that San Onofre’s failure resulted from poor management of the plant by Edison officials, not anything ratepayers had done.

But attempts to overturn the decision ramped up in early 2015 with the revelation that the framework of the deal had been worked out[3] in 2013 in a Warsaw, Poland, hotel in a private, never disclosed meeting between then-PUC President Michael Peevey and an Edison executive. After more than a year of intense criticism of the state regulators from lawmakers and activists, the PUC agreed to reopen[4] the settlement in 2016.

Last week, commissioners voted unanimously[5] to lop $750 million off the amount assessed ratepayers, meaning they and shareholders roughly split the cost of San Onofre’s closing. The savings will show up immediately in electricity bills of 6 million customers. That’s because fees that have been included in Edison and SDG&E bills since the settlement was approved in 2014 have been immediately cancelled, retroactive to December.

The deal was agreed on by Edison and SDG&E and by Citizens Oversight, a San Diego-based consumer group that sued in federal court over the 2014 settlement. The lawsuit claimed that forcing ratepayers to pay for a power plant that produced no power was an unconstitutional taking of property. The argument was rejected by a U.S. district court judge. But after the 9th U.S. Circuit Court of Appeals agreed to hear an appeal, the utilities began talks for a new settlement.

Probe of PUC president ends with no indictments

The fallout from the covert way the costs were initially divvied up went beyond forcing open the 2014 settlement. It added a new front in a criminal investigation of Peevey over allegations he traded favors with utilities. The probe ended up without any indictments.

The PUC fined[6] Edison $16.7 million for failing to disclose its executive’s meeting with Peevey.

Meanwhile, Edison and SDG&E’s $7.6 billion lawsuit[7] against Mitsubishi Heavy Industries over its allegedly defective equipment ended in 2017 with a result that deeply disappointed the utilities. The International Chamber of Commerce in San Francisco awarded them $125 million – but also required they cover $58 million of Mitsubishi’s legal fees, leaving them with a net $67 million.

Edison and SDG&E could also face staggering new bills because of San Onofre. That’s because they’re under huge pressure to find a new site to store the 3.55 million pounds of nuclear waste[8] now kept at the San Onofre site. A report[9] in March about basic problems emerging with the canisters storing the waste only added to concerns about the wisdom of having so much highly radioactive material in a heavily populated area.

Unless plans to open a huge federal nuclear waste repository in Yucca Mountain, Nevada, are revived, the utilities could be forced to set up their own remote storage site.