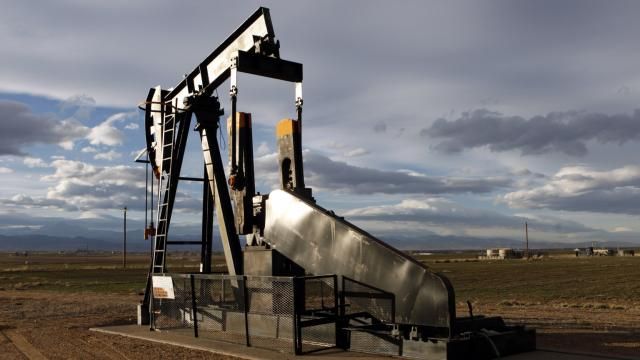 The Trump administration this week took the preliminary steps toward opening around 1.6 million acres of public land in California to hydraulic fracturing and oil drilling.

The Bureau of Land Management (BLM) on Wednesday explained in a notice to the Federal Register that it will explore the impact of fracking in the state, setting off alarm bells among environmentalists.

“[T]his document announces the beginning of the scoping process and seeks public input on issues and planning criteria related to hydraulic fracturing,” the notice reads.

Specifically, BLM will prepare a supplemental Environmental Impact Statement (EIS) to determine what environmental impacts the technology will have on the region.

The land in question includes “approximately 400,000 acres of public land and an additional 1.2 million acres of Federal mineral estate,” according to the agency, and spans across multiple counties including Fresno, San Luis Obispo, Santa Barbara and Ventura.

Fracking is a technique by which water, sand and additives are injected deep into the ground at high pressures to crack open rocks and release the oil or gas trapped inside. It’s led to drilling booms in places like Texas, North Dakota and Pennsylvania.

Proponents argue that it’s a safe technology that is increasing America’s energy independence and creating jobs, while opponents say it poses environmental risks and recklessly promotes an energy policy centered around fossil fuels instead of alternative energy resources.

“This step toward opening our beautiful public lands to fracking and drilling is part of the Trump administration’s war on California,” said Clare Lakewood, a senior attorney at the Center for Biological Diversity. “We desperately need to keep these dirty fossil fuels in the ground. But Trump is hell-bent on sacrificing our health, wildlife and climate to profit big polluters.”

The administration has already faced backlash over similar moves. This spring, for example, Interior Secretary Ryan Zinke postponed a sale for leasing public lands for drilling near Livingston, Montana, following heavy outrage due to its proximity to Yellowstone National Park.

“I’ve always said there are places where it is appropriate to develop and where it’s not. This area certainly deserves more study, and appropriately we have decided to defer the sale,” Zinke responded in a March statement.

More broadly, the development is just the latest high-profile fight between California and the Trump administration, as the state has challenged the president’s agenda on nearly every hot button issue, including immigration, climate change and health care.

And just last week, President Trump issued a series of tweets lambasting the state’s environmental regulations, claiming that the rules are hindering the ability to effectively fight wildfires, remarks that drew wide condemnation from state officials.