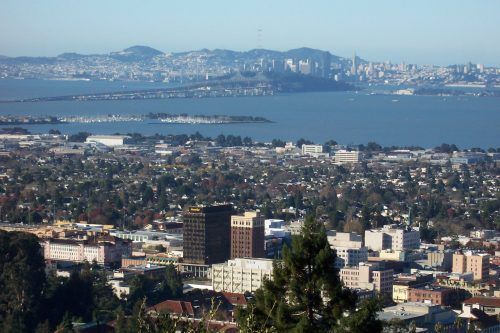 As CalWatchdog reported[1] July 2, the city of Cupertino’s decision to stop fighting a massive mall makeover project enabled by a far-reaching 2017 state law[2] meant to promote more housing construction could someday be seen as a milestone in state planning.

Senate Bill 35 by Sen. Scott Weiner, D-San Francisco, requires cities that have not met their affordable housing requirements to approve projects that are properly zoned, pay union-scale wages to builders and have at least 10 percent of units in “affordable” ranges.

After months of objections from Cupertino elected officials and activists, in June, the city signed off on developer Sand Hill Property Company’s plan to convert the largely empty 58-acre Vallco Mall site to a huge multi-use project with 2,400 residential units, 400,000 square feet of retail space and 1.8 million square feet of office space

Given that 98 percent[3] of cities have been found to have an inadequate supply of affordable housing, according to a state evaluation, the Cupertino precedent seemed potentially huge.

Two months later, new developments related to SB35 appear to point in the opposite direction.

Last week, Berkeley officials rejected a plan to use the law to fast-track approval of 260 apartments and 27,500 square feet of commercial space at 1900 4th Street just east of the Berkeley Marina despite evidence presented by developer Blake Griggs Properties that it was properly zoned and otherwise met SB35’s edicts.

The tactics that Berkeley is prepared to use mirrored the ways that construction projects have been fought in California for decades: raising a variety of legal objections that could cost developers millions of dollars because of delays, even if they have little or no validity or applicability.

Berkeley planning chief Timothy Burroughs said the project could not proceed because:

The objections were of the sort that Weiner sought to bypass with SB35. This is why the developer warned of a lawsuit earlier in the summer after the city put up roadblocks to approval.

But in a surprising move reported[4] last week by the San Jose Mercury-News, West Berkeley Investors – part of the group backing developer Blake Griggs Properties – has backed out of the project without explanation. The assumption of many is that it saw the hassles as outweighing the chances for success.

The Mercury-News also reported that a spokesman for Berkeley City Hall said officials would welcome it if developers chose to reactivate a previous application that had far fewer residential units – 135 – and slightly more commercial space – 33,000 square feet.

In his Sept. 4 letter[5] rejecting the latest version of the project, the city planning chief emphasized the historical significance of the Native American burial ground. Why that significance would lose weight in planning decisions if a smaller project were being considered was not explained.

But Burroughs pushed back against the idea his city was hostile to adding housing stock. He said 910 housing units have been built since 2014, 525 are now being constructed and 1,070 are cleared and in the pipeline.