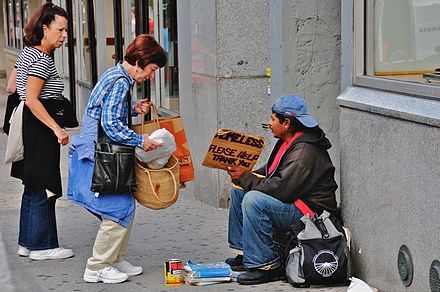 A ruling this month by the 9th U.S. Circuit Court of Appeals which holds it is unconstitutional[1] to ban homeless people from sleeping on the streets is likely to complicate the attempts to crack down on homelessness problems by local governments in California.

While the ruling involved a 2009 law[2] adopted by Boise, Idaho, it is binding on California, which is one of the states under the 9th appellate court, which is based in San Francisco.

The finding that the law is a cruel and unusual punishment under the Eighth Amendment was welcomed by activists who have long argued that such restrictions make being poor a crime.

Maria Foscarinis, executive director of the National Law Center on Homelessness & Poverty, told the Idaho Statesman that “criminally punishing homeless people for sleeping on the street when they have nowhere else to go is inhumane, and we applaud the court for holding that it is also unconstitutional.” Her group provided an attorney to the handful of Boise homeless men and women who sued over the city’s law.

If Boise does not appeal the ruling, the 9th Circuit will have expanded on the protections for the homeless that it created in 2007. The appellate panel ruled then that Los Angeles could not ban people from sleeping outside when shelters were full.

Legality of living in cars is next battleground

Meanwhile, the next fight over homeless rights in California has already emerged. It involves regulations in many cities that have the de facto effect of banning people from sleeping in their vehicles, even if the practice is not specifically singled out.

In Los Angeles, for example, a city ordinance that bans overnight parking in residential areas and a growing number of such restrictions in commercial areas have made it increasingly difficult for vehicle dwellers to find anywhere to sleep. This has made life difficult for the estimated 15,000 people who live in their cars, trucks or recreational vehicles in the city. The policy prompted sharp criticism[3] from some quarters this spring over a perception that City Hall was insufficiently sympathetic to those without shelter.

City officials in San Diego and Santa Barbara are going in the opposite direction, starting trial programs[4] in which car dwellers are allowed to use a handful of designated parking lots overnight – so long as they meet a handful of rules meant to preserve public safety and to minimize littering and public defecation and urination.

But San Diego may have to expand its program or develop other new policies as well. Last month, federal Judge Anthony Battaglia issued an injunction[5] banning the city from ticketing people for living in their vehicles.

Unlike in the other high-profile federal cases involving city laws and homelessness, Battaglia’s argument wasn’t based on the idea that penalties which appeared to single out the homeless were cruel and unusual.

Instead, he concluded that “plaintiffs have shown a likelihood of success on the merits of their claim that the ordinance is vague because it fails to alert the public what behavior is lawful and what behavior is prohibited.” He noted that some people were given tickets merely for reading books in their cars.

The injunction is not permanent, but Battaglia indicated he is likely to make it so in coming months.