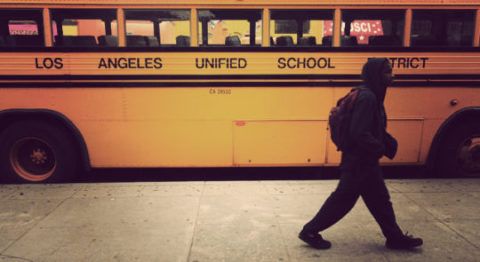 In 2007, researchers associated with Stanford University released “Getting Down to Facts” – a massive compilation of studies[1] of the California K-12 public school system. The hundreds of pages of voluminous research allowed both the state education establishment and its critics to pick and choose what conclusions to emphasize.

Democrats and teachers unions cited the omnibus report’s call for much greater school spending. Reformers noted it said extra funding should be contingent on adoption of evidence-driven reforms.

Now “Getting Down to Facts II,” again led by Stanford-associated researchers, has been released[2] – to much the same reaction. Education leaders cite its call for a huge 32 percent increase in school spending. Reformers note that once again, experts say California hasn’t done nearly enough to use education “best practices” to improve the performance of poor Latino and African-American students and schools in general.

But those who delve past general statements that praise the “boldness” of the California Dashboard school evaluation program and the success of the Local Control Funding Formula (LCFF) in getting more funds to needy poor schools will find a series of downbeat assessments.

– A series of research briefs[3] about school governance broadly questions key LCFF elements, citing a lack of “coherence” in how the state expects individual districts to come up with their own unique “Local Control Accountability Plans” to improve their schools. This echoes criticism in a 2017 study[4] that found local districts lacked the resources, expertise and enthusiasm to comply with this requirement. The briefs also said the state does not have adequate “mechanisms for accountability” in evaluating how local districts have used LCFF funds meant to help disadvantaged students.

– One study faulted[5] the state for committing to help struggling schools in minority neighborhoods by increasing funding, but not addressing the frequency with which these schools were staffed with “early career” teachers – i.e., those who were just entering the job market or who had failed to win tenure in other districts. This also parallels one of the most common long-term criticisms of California public education: that too few of the most skilled, experienced teachers ended up in the districts that needed them most.

– One brief[6] expressed borderline astonishment that California did not use data on student and teacher performance that would allow principals, superintendents, school boards and state education officials to develop a statistical model of what school practices worked best. These “weaknesses could be readily solved,” authors noted. In a seeming reference to political battles over data-driven reform, the report’s executive summary notes that “the limitations of California’s data system are not the result of technological difficulties.”

– An analysis[7] of school finances cited the punishing effect of the 2014 bailout of the California State Teachers’ Retirement System on school budgets, which on a phased-in basis requires that districts increase by 123 percent how much they contribute to CalSTRS per teacher in a six-year span from the 2014-15 to 2020-21 school years. But while this was familiar turf, other parts of the fiscal analysis were not. The analysis warned of the ballooning costs of special education programs and the certainty that eventually districts will have to somehow find a way to pay for billions of dollars in neglected infrastructure and maintenance.

As CalWatchdog reported[8] in 2015, school districts were already so stressed by money headaches that they were using the proceeds from 30-year bonds for needs normally covered by district operating budgets, such as computers and teaching materials. And that came in only the first year of rising pension bills because of the Legislature’s 2014 move to shore up CalSTRS.