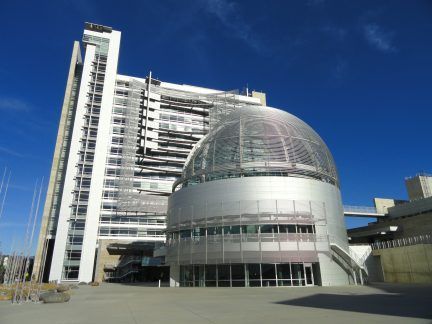 Silicon Valley is the epicenter of the state’s housing crisis, with even run-down older homes routinely selling for nearly $1 million[1] and with apartment rent averaging over $3,400[2] in communities within a 10-mile radius of Mountain View. With some exceptions, local leaders generally say the right things about the urgent need to add more housing units.

But a new report about the region’s largest city, San Jose, shows the city has made little progress on its goal of adding 10,000 affordable housing units by 2022. According to a new report issued by city housing officials, 64 units were completed in the 2017-18 fiscal year. While 594 units are now being built and 270 are approved for construction, even if these units are counted, that means the city is on track to achieve less than 10 percent of its target by mid-2019.

Adding to this bad news is a recent San Jose Mercury-News report [3]in which city officials expressed frustration on several fronts. Among the complaints:

Frustration with a lack of progress locally and in the state Legislature has led the influential, well-funded Silicon Valley Leadership Group to look for relief in a new place: Congress. While CEO Carl Guardino said the Silicon Valley and Bay Area congressional delegation had been helpful on major regional issues such as electrifying CalTrain and expanding the Bay Area Rapid Transit (BART) system to San Jose, he told the Mercury-News that there had been little help[4] on housing from Washington.

Housing experts say ultimately, local and state land-use policies, fees, taxes and regulations are most crucial in whether new units can be built. But federal agencies regulate mortgages, enforce fair-housing laws and have provided billions of dollars over the years to develop housing projects and to subsidize low-income housing.

According to the Apartment List group, in its current session, which began in January 2017, Congress is “roughly batting 0 for 115” in approving housing legislation introduced by federal lawmakers. Rep. Barbara Lee, D-Oakland, has by herself introduced 11 bills that focus on creating affordable housing. In a March speech[5], Rep. Ro Khanna, D-Santa Clara, said, “I don’t want to live in the Silicon Valley that only has Facebook or Google engineers able to live here.”

But the Trump administration and the Republicans who control the House and Senate have shown little enthusiasm not only for bold new plans but for continuing policies that have led to 3 million[6] affordable homes being built since the late 1980s. The Affordable Housing Credit Improvement Act, which would provide developers of low-income housing with a substantial tax credit, has languished in House and Senate committees since it was introduced [7]in March 2017.