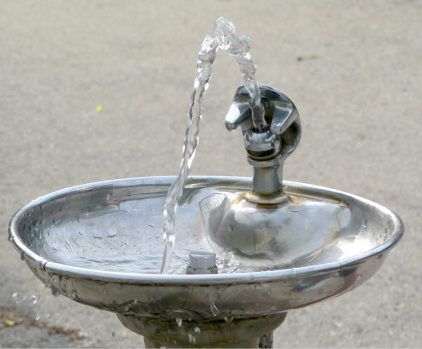 After reports of problems with lead contamination of water at schools around California, Gov. Jerry Brown signed a bill[1] in October of 2017 meant to address the problem.

The measure by Assemblywoman Lorena Gonzalez Fletcher, D-San Diego, mandates that every school test one to five water outlets for the presence of lead. If any of the tests shows over 15 parts of lead per billion, the parents or guardians of students must be notified. Young people exposed to lead can suffer permanent problems – sometimes extreme – with cognitive development and behavior.

Given the attention paid to the national scandal over dangerous water in Flint, Michigan, the state law came as a relief to concerned parents, school officials and health agencies. But a comprehensive new analysis[2] by the EdSource website suggests this relief may be premature.

The key issue is whether the 15 parts per billion standard, which is recommended by the U.S. Environmental Protection Agency, is strict enough to protect students’ health. The American Academy of Pediatrics considers that standard to be so weak that it puts young people at risk. The academy calls for a maximum of 1 parts per billion.

“We know there is no safe lead level,” Dr. Jennifer Lowry, chair of the American Academy of Pediatrics’ Council on Environmental Health, told EdSource. “Schools ought to work to remove that source of lead for these kids.”

Experts were also sharply critical of the California law because it didn’t require all sources of water to be tested at every school. While sometimes lead contamination is system-wide – as seen in large parts of Flint in recent years – a single corroded pipe, faucet or other plumbing fixture can be responsible for lead contamination.

Gonzalez Fletcher told EdSource she supports strengthening the law and said the 15-parts-per-billion standard was agreed on to gain enough support so her bill would pass. The California School Boards Association worried that a tougher standard could be financially onerous for school districts.

The CSBA’s concerns may seem dubious, given that schools have enjoyed large increases in funding in recent years, thanks to a strong economy and Proposition 98 – a 1988 state law mandating that public education get roughly 40 percent of state revenue. But every school district is likely to face at least one and more likely two fiscal crises in coming years.

The first is the immense cost of the 2014 California State Teachers’ Retirement System bailout. The great majority of the cost – 70 percent – is borne by districts, which face a phased-in increase of CalSTRS contributions, going from 8.25 percent of pay in 2013-14 to 19.1 percent in 2020-21. In many districts, increased state funding due to healthy revenue gains has been largely used for these new pension bills. By 2020-21, when the final increase takes effect, most school districts are likely to have compensation costs eating up 90 percent or more of their general operating budgets.

The second crisis is not an absolute certainty, just highly likely. That crisis is a recession that sends state revenue plunging. Because California is so reliant on the income taxes paid by the very wealthy, the Great Recession a decade ago prompted a 20 percent drop in revenue and a corresponding reduction in state funding for public education.

That is why in recent years that Gov. Brown worked so hard to get the Legislature to strongly increase state fiscal reserves. By summer 2019, the state could have $13.5 billion in hand, according to an analysis[3] earlier this year. But given that Brown has warned that a recession could wipe out $55 billion[4] in revenue over a three-year span, these “rainy day” funds won’t go that far in helping schools.

Against this backdrop, the next governor, state lawmakers and education officials face a difficult calculus next year: how tight a standard for lead in schools are they willing to set with such a gloomy budget picture.