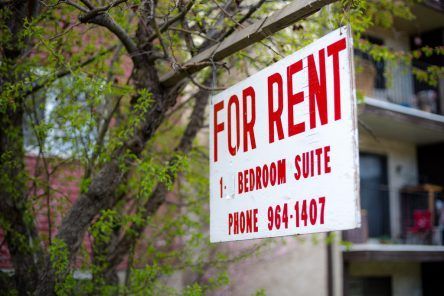 With the cost of housing driving California’s emergence as the state with the highest percentage of impoverished households, it’s easy to see the appeal of rent control to key Democratic constituencies – starting with poor and lower-middle-income families, often minorities, who struggle paycheck to paycheck.

This was why a diverse coalition was able to easily gather enough signatures to place Proposition 10[1] on the Nov. 6 ballot. It would repeal a sweeping 1995 state law – known by the shorthand of Costa-Hawkins – that grandfathered in some rent control laws but made significant new such laws difficult to impose.

The most notable provisions of the law were its ban on rent control for units built after 1995 and for all single-family homes and condominiums. It also forbids what’s known as “vacancy control,” which requires landlords to leave rents unchanged when a unit becomes empty.

The eagerness to undo Costa-Hawkins was plain in July at a meeting of the California Democratic Party in Oakland, where 95 percent of the party’s executive board voted to back[2] the rent-control measure. That comes with a party commitment to send email and direct mail endorsements of the measure to as many as 2 million Democrats in the state, according[3] to the San Francisco Chronicle.

But with less than a month to the election, this early momentum hasn’t translated into strong support. The most important Democrat on the fall ballot – Lt. Gov. Gavin Newsom, the heavy favorite to succeed Jerry Brown as governor – is against rent control. While most of what might be called the Bernie Sanders wing of California Democrats is all aboard the Proposition 10 bandwagon, a significant number of prominent and/or elected Democrats are in opposition[4]. This includes Newsom’s primary rival, former Los Angeles Mayor Antonio Villaraigosa, and Assembly members Jim Cooper, Tom Daly, Adam Gray, Patrick O’Donnell and Bill Quirk.

A number of reasons appear to be driving Democratic opposition to a seemingly potent populist wedge issue. Newsom, who revels in his reputation as a policy wonk, has told newspaper editorial boards up and down the state that rent control actually would make the housing crisis worse.

In economic circles, the belief that rent control is counterproductive is the overwhelming consensus[5] of Keynesians, supply siders and nearly all the factions across the ideological spectrum. In 1992, a poll of the American Economic Association showed 93 percent agreed with the statement that rent control “reduces the quality and quantity of housing.” A Stanford University study[6] of rent control in San Francisco released last December reached similar conclusions.

Californians in communities with rent control don’t need to be told by economists that it doesn’t work well. As Ken Calhoon, an El Dorado County real estate broker, pointed out in a July commentary[7], “Rent control has been a long-time ordinance in the following cities: Berkeley, Beverly Hills, Campbell, East Palo Alto, Fremont, Hayward, Los Angeles, Los Gatos, Oakland, San Francisco, San Jose, Santa Monica, Thousand Oaks and West Hollywood. It’s not a coincidence that the two most expensive rental areas in our state, the Los Angeles and Bay Area regions, happen to have every city that has enacted rent control policies.”

Also helping the No on Proposition 10 campaign is an unusually broad collection[8] of groups that includes not just the usual business interests but several construction unions and seniors groups and a long list of organizations with ethnic or racial affiliations, starting with the California NAACP.

In a state where even banged-up, aging two-bedroom apartments go for $2,000-plus a month in most urban areas, these results seem hard to fathom – especially  given that the Yes on Proposition 10 side is backed by such powerful, high-profile groups as the California Teachers Association, the California Nurses Association, several government unions and the AIDS Healthcare Foundation, led by Los Angeles political activist Michael Weinstein.

But this may be a case where money and superior strategy – not the views of economists or California’s history with rent control – are overcoming the populist inclination of voters. The No on Proposition 10 campaign, which has had at least a 2-1 advantage in fundraising so far, has been advertising for weeks. A Google search[10] for Proposition 10 returns results that are topped with a paid No on 10 link. It goes to a page with the simple message that the measure is bad for veterans and seniors, doesn’t reduce rent and doesn’t provide funds for affordable housing. Some of these claims are solid and some are non sequiturs – why would rent control be expected to reduce rent?

But they make the case that this is not a simple attempt by moneyed interests to allow them to keep exploiting renters – instead making a seemingly populist case for No on 10.

Meanwhile, as an Oct. 5 story[11] in the Ventura County Star noted, there may be high-profile supporters of Yes on 10, but only one is offering significant financial support. While the AIDS Healthcare Foundation has donated more than $10 million, “the only other major contributors to the campaign are the California Nurses Association and the AFSCME 3299 union, which contributed $50,000 and $60,000, respectively.”