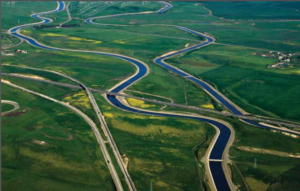 At a time when many Democrats and Republicans alike believe often-drought-stricken California needs more water storage projects and infrastructure, an $8.9 billion bond measure that earlier this year seemed to be a sure thing now faces a somewhat less certain fate.

The odds of passage are still strong. As a Bay Area News Group analysis[1] noted, state records show that over the last quarter-century, voters have approved 80 percent of bonds put before them – 24 of 30.

But Proposition 3[2] – which was placed on the ballot after a signature-gathering campaign – is facing unexpectedly vigorous pushback on several fronts.

The strongest objections deal with the fact that unlike water bonds placed on the ballot directly by the Legislature, Proposition 3 funds wouldn’t be divvied up based on a careful evaluation process in which the merits of individual projects are rated and weighted. Instead, the ballot measure amounts to a pay-to-play[3] initiative in which proponents of projects agreed to pay signature gatherers in support of a bond that specifies that a lengthy list of their projects will be funded.

This has led the Sierra Club of California, the League of Women Voters and Assembly Speaker Anthony Rendon to formally oppose Proposition 3.

Sierra Club executive Eric Parfrey has written scathingly of the measure as a “bailout for billionaires,” citing provisions that pay for $750 million in repairs to the Madera and Friant-Kern canals that he believes should be paid for by large agribusinesses. Other specified projects involve far smaller sums but also raise eyebrows, such as providing funds for infrastructure that critics say should be the responsibility of the giant Metropolitan Water District of Southern California.

Proponents say this criticism ignores the big-picture value of having improved water infrastructure, especially in the Central Valley.

“Everything we eat comes out of there,” said Jerry Meral, the former deputy director of the state Department of Water Resources, who has led the push for the ballot measure. “We just can’t let it go. You might also say, why should the state pay for urban water conservation? Why should the people who don’t have kids pay for schools? An agricultural water supply means we have a food supply. You have to invest in the state,” he told the Bay Area News Group.

Nevertheless, a Sacramento Bee editorial opposed Proposition 3 on the grounds that there isn’t strong evidence that it would pay for “the projects that California needs most right now, or that they couldn’t get the money elsewhere.”

But Proposition 3 also has heavyweights in its corner. The state Chamber of Commerce, labor groups and farming coalitions back the project, as does Sen. Dianne Feinstein. Some environmental groups have also endorsed the measure, most notably the Nature Conservancy.

Brown’s silence has surprised some veteran observers. He has long opposed the sorts of state borrowing that many governors found unobjectionable, and as a result California now spends considerably less on bond service as a percentage of its general fund budget than it did under Gov. Arnold Schwarzenegger.

Voters have approved $31 billion in bonds since 2000

Yet this doesn’t mean the state has skimped on bonds. The Legislative Analyst’s Office reports the state has approved about $31 billion in general obligation bonds for water and environmental projects since 2000, with nearly a third of the bonds as yet unspent. In 2014, voters approved a $7.5 billion water bond, and just in the June primary, another water bond – this one for $4.1 billion – was backed by voters.

Brown has been joined in skepticism about new state borrowing by those who question why the state would use bonds paid off over 30- or 40-year spans in an era in which the Legislature and Brown have been able to salt away more than $15 billion in state reserve funds because of swelling revenues.

The total cost of repaying Proposition 3 has been estimated at about $17.2 billion, slightly less than twice as much as the face value of the bond measure.