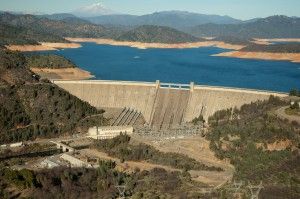 The Trump administration has launched a bold effort to up-end water policies in the Central Valley and the Sacramento-San Joaquin River Delta, calling for big changes that would favor farmers over endangered species in allocating water.

Helping craft the administration’s new approach: Deputy Interior Secretary David Bernhardt, a former lawyer and lobbyist for the Westlands Water District, which is the nation’s largest agricultural water district with 600,000 acres of farmland in Fresno and Kings counties.

As CalWatchdog reported[1] in June 2017, the prospect of having Bernhardt overseeing the federal government’s California water policies was opposed by nearly all Democrats in Congress because of his history. Meanwhile, to GOP lawmakers from the Golden State, his nomination was seen as confirmation of Trump’s 2016 campaign promises[2] to abandon the old status quo involving Central Valley agriculture.

The Oct. 19 memo signed by Trump reflected Bernhardt’s years of calling for lesser regulatory burdens, specifically including long-lived protections for endangered species. It underlined the determination of the Trump administration to make sure farmers got more water. The memo also ordered that major water projects receive faster environmental reviews.

Trump signed the memo before a campaign rally in Arizona while flanked by three California House members – Majority Leader Kevin McCarthy of Bakersfield, Jeff Denham of Turlock and Tom McClintock, who represents a wide swath of Central and Eastern California. All have denounced what they see as excessive federal deference to environmentalists – including by the George W. Bush administration, not just the Obama administration.

“This will move things along at a record clip, and you’ll have a lot of water,” Trump assured them.

But veterans of the water wars – including those who back Trump’s new policy – have warned farmers not to get their hopes up for the rapid changes the president predicted. More modest changes in policies by the last Bush administration were fought in both federal and state courts by well-funded environmental law firms. They won not just stays of federal orders but full victories from judges who agreed with their interpretation of Congress’ intent when it adopted far-reaching water laws last century.

Bernhardt’s remarks[3] at a May 2017 Senate hearing point squarely to one coming fight with broad implications for all of the federal government. When asked whether the Interior Department would keep its commitment to “scientific integrity” in enforcing federal laws, Bernhardt said, “I will look at the science with all its significance and its warts. You look at that, you evaluate it and then you look at the legal decision you can make. In some instances the legal decision may allow you to consider other factors, such as jobs.”

The idea that governments can consider such economic factors when interpreting laws has been one of the favorite legal arguments of conservative and libertarian law professors since it was advanced[4] in 1973 by Richard A. Posner, who went on to serve 36 years as a federal appellate judge and to emerge as one of the most important[5] and provocative legal thinkers of the 20th century.

If there is any evidence this philosophy is leading to new Trump administration interpretations of federal laws, a strong legal challenge is certain – not just because of what it would mean for water policy but because it would give business interests a powerful new tool to challenge a wide range of laws that create economic burdens.

Posner’s most crucial, basic claim – that the “common law” that is the basis of the legal system holds efficiency as a value – is scoffed at by many legal academics. A Stanford law school analysis[6] that was otherwise sympathetic to Posner’s theories says it is based on “ambiguous” precedents.

The fight over the Posner-Bernhardt view of the law is in some ways the reverse of normal fights over the extent of judicial authority. Democrats say the claim that “efficiency” is part of how laws should be interpreted was invented out of whole cloth, with no evidence it reflected the wishes of the nation’s founders.

This is the line of argument often made by conservative strict constructionists, who reject the idea that the Constitution and other long-standing laws are “living documents” subject to new interpretations because of changing circumstances.