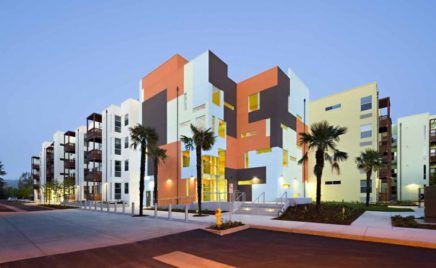 Over the past dozen years, the California environmental lobby has never seemed more powerful in the Legislature and in state government. Under Govs. Arnold Schwarzenegger and Jerry Brown, the Golden State has passed bold laws [1]and emerged as the global leader in government efforts to combat climate change – with Gov.-elect Gavin Newsom certain to continue this tradition.

But a bracing report[2] from the California Air Resources Board shows that environmentalists’ clout can’t shake the complete control that NIMBYs have over local planning in most of the state – to the detriment of the environment. It found that a 2008 state law – Senate Bill 375[3] – had been an abject failure. The law requires the state’s 18 regional intergovernmental agencies to push to put new housing near transit stations and to add new transportation options so as to decrease pollution from vehicle commuting.

Not only are three out of four workers still commuting alone to work, carpooling and transit ridership are down. As a result, vehicle greenhouse gas emissions have actually risen in recent years – and the decline from 2007-2011 seems likely to have been a function of the Great Recession, not the state push to reduce emissions associated with climate change.

The air board sees no chance that the SB375 goal of reducing statewide vehicle emissions 10 percent by 2020 will be met.

The report was met with dismay by environmental groups and journalists concerned[4] with progress against climate change. The most common response to the air board’s finding was the call for the Legislature to take more steps to limit the ability of local governments to block projects that met certain criteria – starting with being near transit stations.

But the appetite of state lawmakers to take on NIMBYs may be limited in the wake of new evidence that NIMBYism isn’t just espoused by activists who see every new housing project as detrimental to quality of life. Instead, it’s a core belief of state residents. A USC Dornsrife/Los Angeles Times survey released in October showed 69 percent of Californians preferred[5] local control of housing decision-making.

And the fate of a bill to reduce local control over housing showed that even poor people – those who in theory would be most helped by adding housing stock, which likely would push down sky-high rents – are skeptical.

Senate Bill 827, by Sen. Scott Weiner, D-San Francisco, would have made it much easier to build four- or five-story apartment buildings within a half-mile of transit centers. The prospect of apartment buildings springing up in poor neighborhoods with single-family homes – such as in the Los Angeles County cities of Inglewood and Carson – led to an outraged reaction[6] from 36 housing and transit “justice groups” led by the Alliance for Community Transit – Los Angeles (ACT-LA). Instead of seeing the bill as leading to cheaper housing, these groups saw it as likely to lead to home renters being ousted in favor of more lucrative apartment buildings, and to new waves of gentrification.

The opposition to Weiner’s bill from activists and from local governments – including every member of the Los Angeles City Council – was so intense that SB827 died[7] at its first committee hearing in April.

Weiner has since met with ACT-LA leaders and other activists and plans to reintroduce[8] SB827 next year with provisions that address concerns that poor neighborhoods would be upended by much laxer housing rules. But such provisions could end up leading to trading old rules giving local governments power to limit construction for new rules with similar effects.