State senator wants to give CA homeless a ‘right to shelter’ 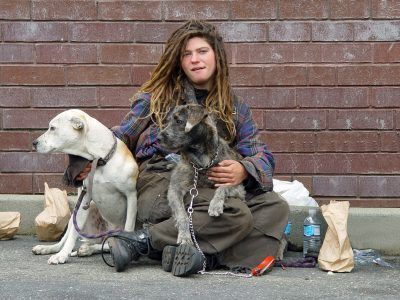 Democratic lawmakers are already gearing up for brawls with Gov.-elect Gavin Newsom over costly efforts to expand state government with a single-payer health care system and a bold new push for subsidized pre-kindergarten education. Now, another ambitious bill with a huge price tag has emerged: one guaranteeing the state’s steadily growing homeless population an inherent right to government paid or provided shelter.

State Sen. Scott Wiener, D-San Francisco, is the lead proponent. He told[2] the Bay City Beacon that his “right to shelter” Senate Bill 48 is inspired by the policy put in place by New York City in 1981[3] after New York courts interpreted the state’s constitution as creating such a right.

“Shelter isn’t the ultimate goal – permanent housing is the goal – but shelter is a critical step in helping people get back on their feet. Access to shelter shouldn’t depend on where you live, yet in California today, it does. Too many parts of California either have no shelters or inadequate shelters,” Wiener said in a statement about his measure.

Wiener won praise from some fellow Bay Area politicians for his framing of the homeless crisis as a state problem, rather than one that should be seen exclusively as a local headache – one that San Francisco has seemed overwhelmed by in recent years.

A 2017 report[4] in The Urbanist online magazine found that while the focus had long been on San Francisco’s homeless population, officials in neighboring counties – Alameda, Oakland, San Mateo and Santa Clara – all struggled to come up with effective plans and funding to deal with their growing homelessness.

However, some of the coverage of Weiner’s bill paralleled the criticism that California Senate Democrats faced in 2017 when they passed Senate Bill 562. It would have committed the state to establishing a single-payer health-care system without offering such key details as how its $400 billion annual cost would be covered – or outlining how such a state law could overcome the obstacles to state single-payer that are well-established in federal law. Assembly Speaker Anthony Rendon knocked[5] senators for expecting the Assembly to fix a bill that was “woefully incomplete.”

In interviews, Wiener offered a vague vision of a statewide network of “Navigation Centers” – friendlier, more supportive homeless shelters that offered access to health, substance abuse and other programs.

Inspired by New York City program with many critics

Yet even after Wiener begins fleshing out his proposal in substantive ways, California residents will learn that the history of New York City’s pioneering program is as problematic as inspirational. While the city’s program is widely praised on humanitarian grounds for sheltering[7] more than 60,000 people a night, it has also long been a political punching bag that faces criticism from across the ideological spectrum.

A 2017 report[8] by the Daily Beast website – normally sympathetic to liberal initiatives – was typical.

On the left, there are complaints about the shoddy, crime-ridden private facilities and residential hotels that the city contracts to handle some of the homeless.

Moderates worry that so much is spent on shelter that there’s not much money left to spend on programs to transition the homeless to jobs and productive lives.

Conservatives like the American Enterprise Institute’s Kevin Corinth say there’s statistical evidence that family homelessness is increasing much faster in New York City than nationally because once such families secure city shelter, parents lose their incentive to seek jobs or career training. The average stay in a shelter is more than a year[9].

But on his home turf, at least, Wiener is finding praise for thinking big.

“We can’t just have people languishing and dying in the streets as we wait decades to build enough affordable housing for everyone,” San Francisco Supervisor Hillary Ronen told the Chronicle. “We need a safe, dignified place for people to be in the interim.”