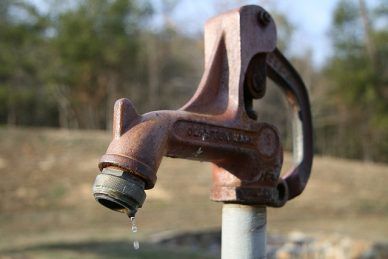 Gov. Gavin Newsom’s has called for a first-ever water tax and an added fee on phone bills at a time when the state is enjoying what recently departed state Legislative Analyst Mac Taylor called “extraordinary” [1]budget health. Newsom said last week that experts now forecast a $21.5 billion[2] budget windfall in 2019-20. Until recent years, the optics of asking the public to pay more with an overflowing budget would have seemed impossible to overcome.

Specific details have not yet emerged on Newsom’s plan, but it’s expected to be similar to a rejected 2018 proposal[3] from state Sen. Bill Monning, D-Carmel, to tax residential customers 95 cents a month to help fund water improvements in rural farming communities in the Central Valley and throughout the state.

It would raise about $110 million to get clean water to what the McClatchy News Service estimated last year to be 360,000 people[4] without such access. Others looking at the problem see it as much worse. Newsom said 1 million residents face health risks from their own water supplies.

Newsom emphasized what a priority the water tax would be for him on Friday by taking his cabinet on a “surprise”[5] tour of affected Central Valley communities.

The dairy industry would also face $30 million in new fees. The $140 million annually that Newsom hopes to get from his plan is dwarfed by money already available from a $7.5 billion[6] 2014 state water bond. While the largest chunk of the bond – $2.7 billion – was reserved for water storage projects, one of its listed priorities for the remaining $4.8 billion was providing access to clean water.

Howard Jarvis Taxpayers Association President Jon Coupal saw Newsom’s water tax plan as part of a historical continuum. He told[7] the Sacramento Bee it was only the latest example “of California’s knee-jerk reaction to default to a new tax whenever there’s a new problem.”

But Newsom depicted his 2019-20 budget as reflecting discipline, touting its emphasis on continuing to add to the state’s rainy day fund and his commitment to prepay some of CalPERS’ and CalSTRS’ unfunded long-term liabilities. Finance officials say every $1 billion prepaid now saves more than $2 billion in the long haul.

Newsom also confirmed that he wants to add a 20- to 80-cent fee[8] on monthly cellphone and landline bills to upgrade the 911 emergency notification system. That would take a two-thirds vote of the Legislature.

A similar proposal died late in the legislative session amid fears that it was a regressive tax that could cause headaches for incumbents on the November ballot.

But Newsom depicts the fee as a vital part of upgrading a 911 system that has outdated technology and is not up to the challenge of keeping safe a state facing devastating wildfires on a yearly basis.

The 911 fee was part of a larger wildfire-response program[9] Newsom announced last week in the aftermath of last fall’s Camp fire in Butte County that killed at least 86 people and destroyed about 14,000 homes and the Woolsey Fire in Ventura and Los Angeles Counties that caused three deaths and torched 1,500 homes.

The governor wants to add $105 million to the $200 million already earmarked for improved wildfire response efforts in fiscal 2019-20. The extra money would be used to boost forest clearing efforts, to expand emergency fire rescue crews and more.