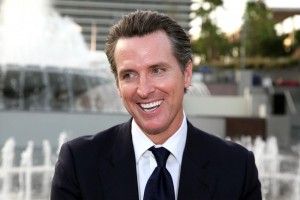 Gov. Gavin Newsom’s proposal to use some of the state’s budget surplus to pay down[1] unfunded liabilities in the state’s two giant government employee pension funds drew praise[2] from an unexpected source – the Howard Jarvis Taxpayers Association, which otherwise had a low opinion of the new governor’s 2019-20 spending plan.

Both funds have less than 70 percent of the assets they will need to pay off promised pensions. Last year, CalSTRS’ unfunded liability was estimated[3] to be $107.3 billion and CalPERS’ was put at $136 billion[4]. Some see Newsom’s proposal as a confirmation of the failure of ballyhooed efforts by Gov. Jerry Brown and the Legislature to reform pensions and shore up the pension giants.

In 2012, they enacted the California Public Employees’ Pension Reform Act (PEPRA)[5]. It changed retirement terms for state employees hired after Jan. 1, 2013, by limiting what types of pay would apply toward pensions and by making small reductions to benefit calculation formulas and pushing back when employees could retire.

The next significant step came in 2014, when the Legislature and Brown approved a bailout of CalSTRS. It gradually raised the $5.7 billion that school districts, the state and teachers contributed to CalSTRS in 2013-14 to $11 billion in 2020-21, when the phased-in increases were complete. Districts have to pay for 70 percent of the new contributions, with the state picking up 20 percent and teachers 10 percent.

The nonpartisan state Legislative Analyst’s Office described the funding law as a “significant” accomplishment with promise to keep CalSTRS on firm ground for decades to come.

But as Brown’s second term wore on, with CalPERS alternating between poor and relatively successful years with its investments, it became clear that the 2012 pension reform measure hadn’t changed the grim long-term picture for CalPERS’ finances. A 2017 Pensions & Investment report[6] detailed how CalPERS’ 10-year record of 4.4 percent average returns wasn’t keeping up with its obligations and noted that in one poor investment year alone, CalPERS saw its unfunded liabilities soar by $27.3 billion.

And the LAO soon changed its tone on the CalSTRS bailout. In 2016, its analysts warned[7] that liabilities continued to increase. And in November, as CalWatchdog reported[8], an internal CalSTRS analysis concluded there was a 50 percent chance that CalSTRS’ funding would drop to less than 50 percent over the next 30 years. Pension analysts note that few pension systems ever recover from dropping below the 50 percent[9] level.

Perhaps the most significant hope for pension reform from the Brown era came as the surprise result of a legal challenge to some of the limits on pensions for new hires in the 2012 law. A public safety union argued that this was a violation of the “California rule,” the long-standing court precedent that held pension benefits could not be reduced for public employees without comparable additional benefits being provided.

But two appellate courts not only disagreed with the lawsuit’s premise, they held the “California rule” of inviolate pensions didn’t apply[10] to years not yet worked by public employees, and that cheaper benefits could be collectively bargained.

The California Supreme Court held a hearing[11] on the lawsuit last month and a decision is expected in coming weeks.