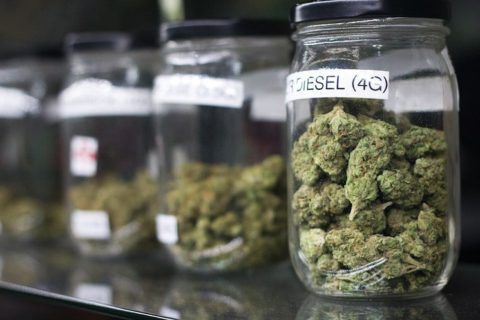 In 2016, many California police chiefs and sheriffs opposed to legalized recreational marijuana use were placated by a provision in Proposition 64 that said local governments would have the right to block recreational sales.

The Ballotpedia overview[1] of Proposition 64 reflected the conventional wisdom at the time it passed: “Local governments were also allowed to completely ban the sale of marijuana from their jurisdictions.” The text[2] of the ballot measure stated: “Allows local regulation and taxation of marijuana.”

And as CalWatchdog has reported[3], 80 percent of local governments have declined to authorize the opening of local pot stores.

But last week, the state Office of Administrative Law approved rules crafted by the state Bureau of Cannabis Control that say marijuana sales by delivery services can operate in any community[4] – even if local governments object.

This led to an immediate backlash – and strong hints that the rules will lead to a court fight.

“This decision puts the public safety needs of communities across the state at risk,” Carolyn Coleman, executive director of the League of California Cities, said in a statement.

“We are deeply concerned with the adoption of the new cannabis regulations, which allow for the delivery of cannabis anywhere in the state. We are already having trouble enforcing a new and complex industry, and this allowance will only make enforcement even more difficult,” California Police Chiefs Association President David Swing told the Sacramento Bee.

Marijuana industry officials disputed the idea that the deliver-anywhere ruling went against the spirit of Proposition 64 or its language. They said the ruling reflected the will of Californians, who approved the measure 57 percent to 43 percent – a 2 million vote[5] cushion.

But even some supporters of Proposition 64 appeared unsure if the cannabis bureau’s ruling squared with what the ballot measure said. Assemblyman Ron Bonta, D-Oakland, told[6] the Associated Press that he thought only medicinal marijuana deliveries should be allowed. Bonta thinks clarifying new legislation may be in order.

Even with such legislation, lawsuits over the state regulations appear inevitable. California has decades of history of courts being asked to interpret poorly or vaguely written[7] ballot measures approved by voters.

The city of Sonoma could also be a flash point for local defiance of the state. After the cannabis bureau concluded that there should be no limits on recreational marijuana deliveries, the Sonoma Index-Tribune reported[8] last month that Sonoma City Attorney Jeff Walter recommended to City Council members that they maintain their ban on recreational pot deliveries.

Walter criticized the rules as being “very vague” and said he did not consider them a legally binding “statute.”

“I think we should stay that course [of banning recreational deliveries] pending outcome of that regulation and the challenges that are likely to be against it,” he said.

Questions about the legality of marijuana deliveries are also coming from other quarters. On Monday, the Sacramento Bee reported that California Highway Patrol officers continue to arrest drivers and seize cannabis[9] that they find during traffic stops of vehicles used for deliveries.

A CHP spokesperson told the Bee that “in order to legally transport cannabis in California for commercial purposes, a person must possess the appropriate [state] license and comply with [cannabis bureau] administrative regulations.”

Two licensed marijuana distributors who had $257,000 seized from them by the CHP have filed a lawsuit[10] to try to get the money back. They insist that they had the proper credentials when the money was taken.