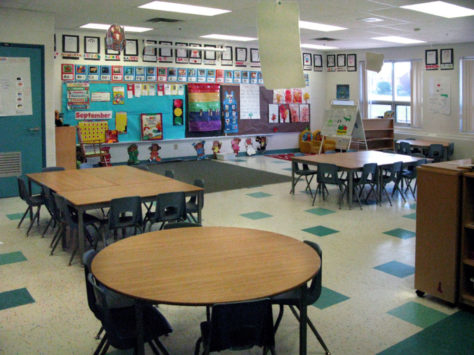 In interviews, Newsom has depicted[3] the shift and his other proposals to beef up early childhood education as the sort of obvious ways to improve public schools that are within reach because of the state’s improved fiscal health. Assembly Budget Committee Chair Phil Ting, D-San Francisco, told[4] the San Francisco Chronicle that Democrats in the Legislature “absolute agree” that full-day kindergarten should be a state priority. Other education stakeholders, especially teachers unions, agree.

But as debate over Newsom’s proposal ramps up, advocates of full-day kindergarten will be asked to explain why claims about its effectiveness are not corroborated by the strong majority of academic studies of such programs in California and elsewhere.

A 2009 Public Policy Institute of California study[5] found that while parents and educators are enthusiastic about full-day kindergarten, “research to date … has provided little evidence of long-term academic benefits beyond kindergarten or first grade.” This was backed up by a peer-reviewed 2012 study[6] of some kindergartners’ results in California standardized tests.

The single study that appears to have been based on the most data – a RAND think tank analysis[7] of the academic performance of nearly 8,000 kindergarten students in the 1998-99 school year – was even more downbeat. While RAND offered some qualifications, it said that overall, its research “reinforces the findings of earlier studies that suggest full-day kindergarten programs may not enhance achievement in the long term. Furthermore, this study raises the possibility that full-day kindergarten programs may actually be detrimental to mathematics performance and to nonacademic readiness skills.” The latter is a reference to students’ willingness to take instruction and participate constructively in class.

Duke study one of many to find initial benefits fade

These conclusions were supported by a peer-reviewed study[8] released in 2010 by Duke University researchers. It found that initial benefits from attending full-day kindergarten “disappeared” by third grade and that “children may not have as positive an attitude toward school in full-day versus half-day kindergarten and may experience more behavior problems.”

However, on its website, the National Education Association depicts the benefits[9] of full-day kindergarten as largely beyond challenge. An “advocacy guide” cites reporting by Deborah Viadero of Education Week showing that a study of 17,000 students in Philadelphia had found enduring gains from full-day kindergarten. But Viadero has also reported on other studies that reflect the phenomenon cited by other researchers of initial gains by kindergartners disappearing[10] in subsequent years.

The NEA also cites research[11] by the San Francisco-based WestEd advocacy group, in particular a 2005 policy brief that doesn’t refer to or offer counterarguments to any of the studies that raise doubts about whether the benefits of full-time kindergarten endure.

More recently, in 2014, the New America Foundation – which, like WestEd, has long called[12] for greater investment in public schools – touted a study by Chloe R. Gibbs at the University of Virginia that the foundation called[13] the “best research yet on the effects of full-day kindergarten.” New America said the study “holds some preliminary good news for proponents of full-day kindergarten.”

But the New America account of the study went on to note that it was too soon to conclude whether the initial gains identified by Gibbs would last – the central issue raised by most previous academic research.