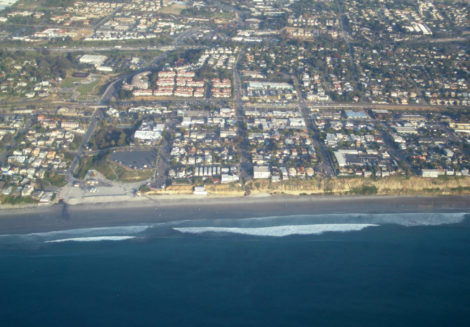 Gov. Gavin Newsom’s administration has put another coastal town on notice that it must meet state mandates to add a significant amount of units affordable by low-income families – reflecting the newly elected governor’s view that a lack of housing is one of California’s biggest problems.

In a Feb. 4 letter[1] to the city of Encinitas, state housing official Zachary Olmstead said the city needed to ”amend or invalidate”[2] a 2013 ordinance approved by voters that said developers had to get voters’ blessing if they wanted to increase the density of their projects or make zoning changes. The letter noted that this law and other city actions had the effect of blocking Encinitas from meeting state requirements that it add 1,141 affordable units. The city of 63,000 has few such units now.

While the Encinitas City Council once seemed as strongly anti-growth as the public, state threats under the Jerry Brown administration led the council in 2016 and 2018 to seek voters’ approval of what’s known as a Housing Element plan, failing both times. The plan is a formal document submitted to the state that outlines what projects will be built so that the city meets its commitment to “accommodate the housing needs of Californians of all economic levels.”

Encinitas is the only city in San Diego County without a similar state-approved plan. It is among the richest cities in the country. As of the latest Zillow data, the median average home price is $1.05 million[3], and the latest RentCafe data puts the average monthly rent at $2,056[4].

While the 2013 city law targeted by the state has already been suspended[5] until 2021 by a Superior Court judge as being pre-empted by state law, that wasn’t viewed as going far enough by state officials. Olmstead’s letter cited the cumulative effect of a “complex set of regulations” that make it impossible for new projects that would help the city comply with state requirements.

If Encinitas officials don’t change course, the letter warned that state grants might be withheld, including for transportation projects funded by the Legislature’s 2017 increase in state vehicle taxes – and that the Newsom administration would ask Attorney General Xavier Becerra to sue the city for defying state law.

In a case involving the same issues, the state and the city of Huntington Beach filed lawsuits against each other[6] last month in Orange County over whether Huntington Beach is breaking state housing laws. Becerra says 2017 legislation passed in Sacramento clearly empowers his office to sue to enforce plainly written state mandates. Huntington Beach City Attorney Michael Gates, however, says as a charter city – one with its own voter-approved de facto constitution – Huntington Beach has the authority to reject some state edicts that infringe on the city’s right to self-govern its “municipal affairs.”

A League of California Cities primer[7] on the rights of charter cities offers ammunition for Huntington Beach’s claim. It notes that with “some exceptions,” charter cities control land-use and zoning decisions. But a 1975 Loyola University of Los Angeles Law Review analysis[8] cited by the league said ambiguous language in state law left it unclear precisely when charter city ordinances took precedent on land-use issues.

Encinitas is a general law city not eligible for charter city protections from some types of state interference. But if Encinitas officials proposed and city voters approved a charter city amendment in a special election, Encinitas could become a charter city within months.

Last year, after disputes with the state, officials in Menlo Park in Silicon Valley considered[9] a quick push for charter city status before putting the issue on hold[10] for the time being.