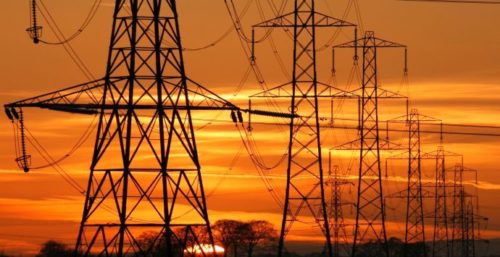 Community-choice energy programs – in which a local government or coalitions of local governments procure electricity and use the infrastructure of existing utilities to distribute it – are growing in popularity across California.

This month, more than 950,000 homes and businesses in Los Angeles and Ventura will shift to a community-choice program – the Clean Power Alliance[1]. It will be the state’s 20th and largest community-choice provider, which will then provide power to nearly 3.6 million customers in the Golden State.

Those numbers could drastically grow in coming years. Both San Diego Mayor Kevin Faulconer and Dianne Jacob, chair of the San Diego County Board of Supervisors, have endorsed community-choice programs. Many other local governments are watching how the programs work in places that have already adopted them.

To the surprise of many industry watchers, one of the state’s three giant investor-owned utilities isn’t fighting this development.

After San Diego began taking steps toward a community-choice program last year, San Diego Gas & Electric made clear its interest in getting out of energy procurement. Earlier this month, Kendall Helm, SDG&E’s vice president of energy supply, told[2] the Los Angeles Times that the decision was straightforward.

“We don’t think we should be signing big, long-term contracts for customers that have made a conscious choice to be served by a different” provider, Helm said. “We think our primary role and our primary value is in the safe and reliable delivery of that power.”

Pacific Gas & Electric and Southern California Edison continue to defend the status quo and to work with the California Public Utilities Commission and SDG&E on “exit fees” [3]assessed to departing customers to make sure they help pay for maintaining energy infrastructure. But PG&E, now in bankruptcy and facing possible dissolution by the CPUC because of repeated scandals, has dropped its once-aggressive opposition to the very idea of community-choice energy, including sponsoring[4] a failed state ballot measure on the issue in 2010.

But California’s most prominent regulator worries that adoption of community-choice’s programs could have huge unintended consequences.

“You’re going to have some failures,” Picker said. “Electric markets can be brutal. So what happens to the customers, midyear, if the company or the program goes away? Where do those customers go?”

In a May op-ed[6] in the Sacramento Bee, Picker urged local officials pursuing community-choice to act with care.

“The last time California deregulated electricity, it did so with a plan, however flawed. Now, electricity is being deregulated de facto, through dozens of decisions and legislative actions, without a clear or coordinated plan,” he wrote. “If California policymakers are not careful, we could drift slowly back into another predicament like the energy crisis of 2001.”

Picker warns that managing California’s power grid requires expertise and will become increasingly difficult as new clean-energy mandates kick in and as new technologies come to the fore.

But these warnings so far don’t seem to resonate with the statewide business community, which so far has not taken[7] a strong, consistent stand on community-choice.

Some local groups have, however. The San Diego Regional Chamber of Commerce, for example, questions[8] the assumptions that community-choice will lead to cheaper utility rates and increased use of clean energy.