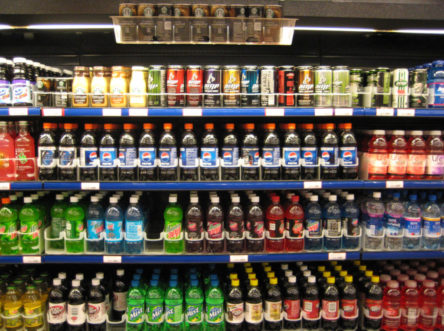 The California Legislature’s determination to lessen the amount of sugary drinks consumed by state residents may never have been greater than now – at least if the metric used is the number of bills introduced. This session, five will be taken up, and more may be on the way.

For the third time, Assemblyman Richard Bloom, D-Santa Monica, has introduce a measure that would tax soda and other beverages sweetened with sugar.

The first two times, Bloom’s measure didn’t get out of committee after it faced intense, well-funded opposition from the American Beverage Association.

But Bloom told[1] his hometown paper, the Santa Monica Daily Press, that the tax was urgently needed to nudge people to stop consuming so many unhealthy drinks.

“Everyone would acknowledge that health care costs are skyrocketing,” he said. “Diabetes and obesity are ongoing health-care crises and we need to get serious about prevention.”

Revenue from the tax – which has not been established yet but which was 2 cents per ounce in Bloom’s previous bills – would pay for programs meant to reduce diabetes and obesity. Bloom said 9 percent of state residents are diabetic and nearly half are at risk of developing diabetes.

Bloom’s bill will have plenty of similar company[2] this year.

Assemblyman David Chiu, D-San Francisco, proposes a ban on soda servings of larger than 16 ounces in seal-able cups sold at restaurants and grocery stores. A similar ban in New York City was thrown out by New York state courts – but not for a reason that has relevance in California. Judges repeatedly held that the New York City’s health board overstepped its powers[3] in imposing the ban and should have deferred to the New York state Legislature.

Assemblywoman Buffy Wicks, D-Oakland, hopes to end the common practice of displaying sodas near the checkout stands of food, convenience and other retail stores.

Sen. Bill Monning, D-Carmel, is for the fourth time proposing that sugary drinks sold in California have labels warning of their health risks. Monning said if tobacco products’ health risks are made plain with warning labels, so should the risks of soda.

Soda foes got good news on Feb. 21 when the American Journal of Public Health published a study saying that soda consumption plunged 52 percent[4] in Berkeley in the first three years after the city adopted a soda tax.

But other research into Berkeley’s soda tax is far less encouraging, according to University of Southern California professor Michael Thom. He told the Santa Monica newspaper there was no evidence that residents reduced their caloric or sugar consumption and asserted there is little, if any, proof that soda taxes have a positive effect on human health.

A Harvard Business Review study[5] based on an analysis of millions of transactions at California stores by Duke University professors Bryan Bollinger and Steven Sexton was also skeptical of claims of success in Berkeley. Published in January 2018, it noted that since most residents worked outside of Berkeley, they could readily buy cheaper soda elsewhere. The study also pointed to a factor not mentioned in any recent newspaper coverage of soda taxes:

“We found that much of the cost of the tax is not being passed along to consumers,” Bollinger and Sexton wrote. “Fewer than half of supermarkets changed the price of soda in response to the tax, and prices at chain drug stores did not change at all.”